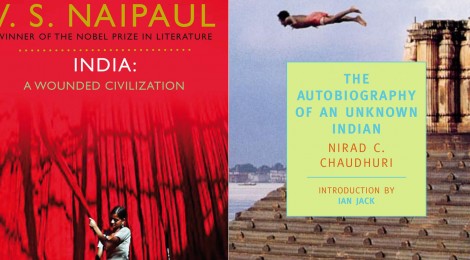 Lessons of the Masters

The voice of a genius resonates across time. The brilliance of their insight continues to illuminate. The vitality of their work does not fade. To quote Naipaul, they teach new ways of “looking and feeling”. Literature tends to hold different kinds of mirrors to society and the human condition, sometimes distorting, sometimes illuminating and sometimes revealing. But only the truly great works will force you into a new consciousness.

I first read the six-part series about India by Sir V. S. Naipaul in the New York Review of Books. Here he brings his formidable perceptive powers to look at how newly independent India, after centuries of stagnation, is responding to the challenges of becoming a modern nation. His is a unique looking glass through which the coarse and the superficial disappear, and a way of life so old that it has seeped into the very core of our being, no longer distinguishable from pure instinct, is brought back into focus. Culture is a powerful thing. It’s like the luminiferous ether of old, undetectable yet permeating all of space, through which our every action and every thought must negotiate. Here is an illustration of his insight, a reaction to hearing that bonded labor has been declared illegal as part of the reforming efforts during the Indian emergency –

Bonded labor! In thirteen years I had made three visits to India and had in all spent sixteen months there. I had visited villages in many parts of the country, but I had never heard of bonded labor. An editorial in the Deccan Herald of Bangalore suggested why: ‘The system is as old as life itself… In the country itself, the practice of slavery had attained a sophistication that the victims themselves were made to feel a moral obligation to remain in slavery.’ Karma! ……..The antique violence remained: rural untouchability as serfdom, maintained by terror and sometimes by deliberate starvation. None of this was new; but suddenly in India it was news.

In one section, Naipaul discusses the works of R. K. Narayan. When I read Narayan earlier I was amused and entertained by the stories about the people of the small fictionalized world of Malgudi. Naipaul though showed me how to read them as a form of social inquiry, an examination of the Indian way of life. Where earlier I saw only the comic and the absurd in the small problems of the small men in Malgudi, I now read more into the adventures of the protagonists of Narayan’s stories, beautifully expressed in these words, “Where life is a ritual, relationships ceremonial and artistic impulses contained within reproducing the ancient epics, the smallest of transgressions assume great importance.”

In another section Naipaul analyzes Gandhi through his narration of the time spent in England and South Africa in his Autobiography – “My experiments with truth”. Naipaul finds total self-absorption on Gandhi’s part. According to him, there is no attempt by Gandhi to view the people or the landscape of these foreign lands objectively. Gandhi’s autobiography does not so much as mention them in more than a passing reference. For Naipaul this is a manifestation of the Indian psyche – “The outer world matters only in so far as it affects the inner. It is the Indian way of experiencing”. Gandhi may have been able to convert his inner turmoil and soul-searching into a great Morality. But for me, as I suppose it should be for the rest of Naipaul’s readers it was a trigger for self-analysis, a critical look at my own worldview.

Nirad Chaudhuri’s Autobiography of an Unknown Indian is another delightful and unusual book. He gives an account of his childhood and early adulthood, describing places, events and movements, while also chronicling his own personal views and intellectual development. The book portrays an evocative picture of life in rural Bengal, where the Author spent his childhood and Calcutta where he later moved to when he was a young adult. Not only does he describe the landscape, people and the daily activities of ordinary people, whether they be his extended family in his native village or the Bengali Bhadralok of Calcutta, with a keenly observant eye, he also supplements his observations with an illuminating psychological analysis of societal relations . This requires a special talent: to be able to detach yourself from your surroundings just enough to be aware of the undercurrents which lie beneath the seeming placidity and monotonousness of everyday life. For example, where he describes the life of the ordinary middle class person in Calcutta, his daily routines, he also goes on to give a withering and unflattering analysis of the very same activities and the motives which spur them.  The need of the Calcutta man to gather along with others in the local cafe or meeting place called the “adda”, is seen not as a sign of his sociability, but of his gregariousness, his inability to be alone and his complete lack of interest in anything approaching self realization. The book is littered with such insightful gems and while there may be a temptation to label the author as uncharitable and unkind, it should be understood that the very intention and major theme behind this book is to look at the author’s life and surroundings with this unique critical faculty so painstakingly developed.

Nirad C. Chaudhuri also turns his unwavering critical eye towards the larger motifs of the Indian National movement fighting for freedom against the British and also the whole of Indian History. The dedication he makes at the beginning of the book should give some warning to the reader about the ideas developed and expounded upon later in the book. It goes,

To the memory of the British Empire in India,
Which conferred subjecthood upon us,
But withheld citizenship.
To which yet every one of us threw out the challenge:
“Civis Britannicus sum”
Because all that was good and living within us
Was made, shaped and quickened
By the same British rule.

The Bengali Renaissance movement which flowered in the mid to late 19th century was according to the author the high point of the Indo-British encounter. It was the one movement which was a synthesis, a product of the highest ideals of Western culture adapted to the Indian way of life and thereby enriching it. It awakened the Indian consciousness, which lay in torpor for centuries, to new ideas about the self and the nation. The two movements which were the torch bearers of this Renaissance were the Bramho movement of Raja Rammohan Roy and a new Nationalism of which Bankim Chandra Chaterjee and Swami Vivekananda where the main leaders. His view of the later stages of the Indian National movement led by Gandhi though is not very positive. He concedes that he had a certain emotional resonance with the movement while he was a young student. His later analysis of it was that it was deeply anti-intellectual and atavistic, appealing to the traditionalism and passivity of the masses and their notions of victimhood, purification and sacrifice. His analysis of modern Indian culture (the book was written around 1950) was that it was purely imitative of Western culture at a subconscious level while making hollow outward boasts of being “authentically Indian ” and the continuation of a glorious ancient civilization.

The last part of the book is devoted to a grand theory of Indian History developed by the author. This part of the book is a difficult read. Nonetheless the theory is strikingly original. In summary, the theory states that India has always been simultaneously at the periphery and conquered by the great civilizations of the World, first Aryan, then Islamic and later British. These repeated conquests have left its mark on the Indian psyche. Indians can therefore be divided into three kinds. There are those who live in thrall of the past, believing in an older and superior culture, clinging to traditions and rituals to ensure a sense of continuity and belonging as opposed to creatively engaging with the new foreign and more vital culture. Then there are those who are purely imitative in their aping of all things part of the new culture and no less guilty of being unoriginal and uncreative in response as the first kind. Only very few Indians are capable of truly imbibing the spirit of the new culture while also having a notion of the past and the self.

In my difficult quest to be authentically modern, and critically examine the society and culture I find myself living in, I needed to develop new ways of “looking and feeling”. In this pursuit, these two writers have served as guiding lights.