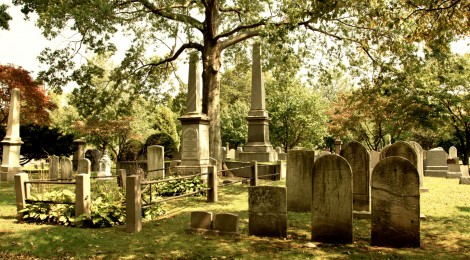 First was the light. It grew from beneath the eave of the porch as the fluorescents flashed to life. She waved the moths away as she came through the door. She was always doing things like that. Brushing the snow from her windshield as it fell, shaving the hair from her head as it grew, pushing things away before they had a chance to touch her. The moths were no exception.

Her feet were bare, as they often were, and I still could not determine if this was purposeful or if she simply did not remember, or remember to remember to put on her shoes. She always said that there were more pressing matters on her mind, like the depth of the swamp behind her house or the way that her skin vibrated when she climbed naked into bed And “how young can you be and still die of old age?” she would ask in my car when we parked on the edge of town. She would wait for me to answer and when I said I didn’t know, she would be disappointed, her body shifting absentmindedly away from mine. She was always doing things like that. Asking unanswerable questions.

She had called me that night, just before one a.m., asking me to pick her up. She had said it was urgent, an emergency. But I would have done anything Margo Jones asked me to do, emergency or not.

“Hi, Danny,” she said as she folded her too-thin body into my car, her swaying black dress barely reaching the tops of her knees, her matching black sweater left unbuttoned. Her voice was the same kind of half whisper that you hear from a little girl who has been caught doing something bad. A little girl with her finger in the socket, with her hand wrapped around the cat’s tail, with her knees balancing unevenly on the kitchen counter as she reached for a bag of sugar on the top shelf.

As Margo reached a shaking hand across herself to grasp her seatbelt, I noticed the way that her skin stretched taut across her knees, across her fingers, across her cheeks. I couldn’t remember the last time I had seen her eat.

“Are you sure about this?” Part of me hoped that she would change her mind, invite me in, crawl under a blanket with me, watch a movie with the sound off.

She nodded, picking at the jagged skin around her fingernails. She was already starting to bleed.

I met Margo eight months ago, when I turned nineteen. A few friends threw me a bonfire on the beach. It wasn’t a huge deal, not like the kinds of parties you see in movies, but it was big enough, and I was happy. We managed to get our hands on some alcohol, and as the night went on, a hard kind of warmth started in my chest and slowly seeped into the rest of me.

People came and went. Friends of mine. Friends of friends. People I didn’t know who wanted to score a free beer. But at some point, maybe as the sun was setting and turning the world into a water color painting, or maybe after the sun was gone and the stars were starting to come out of hiding, Margo showed up. I don’t remember her coming down the beach or stopping to talk to anyone. She was just there, dancing to some terrible song that didn’t sound quite so terrible when you matched it to the sway of her body and the curve of her neck.

I wanted to talk to her. Wanted to be the kind of person who gets swept up in the force of a girl like that. But I didn’t have a shot in hell, so I let her perform her private recital and resolved to watch from afar.

At one point late in the night, I had wandered a little ways down the beach, away from my friends and the music and the chatter. I found a relatively dry patch of sand close to the water where it was relatively quiet, and I lay down and closed my eyes. I wasn’t trying to sleep, but more like drift for a while on the current of my own intoxication. When I closed my eyes, I could feel the world shift around me. I ached to burrow inside of the shifting, to be moved by and with the world. There’s really no telling how long I stayed like that.

“Is it your birthday?” The voice pulled me from my half-slumber. I opened my eyes and at first I saw nothing. I blinked until they adjusted to the dark, and finally I saw her. Freckles spattered across the bridge of her nose. Eyes that were green and impossibly clear. The curve of her lips in a forever frown.

“Yeah.” My voice was embarrassingly hoarse. I swallowed, coughed once, and tried again. “Yeah.”

She stared at me for a long time. I was about to ask her if there was something wrong, if someone had been bothering her, when she pirouetted and her sand covered toes brought her closer to me. She dropped to the ground and lay down beside me, shifting her body back and forth so she could settle into the sand. I did the same. She didn’t look at me, so I didn’t look at her. We both just stared at the sky.

At one point, she inhaled, long and hard. From the corner of my vision, I could see her chest rise and expand to allow the amount of air she was taking in. She held the breath inside of her for a moment before slowly exhaling.

“I’m Margo,” she said softly, her eyes focused on the sky. She held her right hand out to me at an odd angle.

“Danny.” I crossed my arm over my chest and shook her hand in the awkward kind of way that can only be achieved by two people lying side-by-side on the beach.

We didn’t talk at all after that, but at the end of the night, when the sun was beginning to rise, she asked me for my number, which I gave knowing I probably wouldn’t hear from her again. But one week later, as I was preparing for a romantic Friday night with my PlayStation, she called and asked me to take her to a movie. It was “definitely not a date,” or so I was told. I picked her up early. She wore a dress. I wore a clean pair of pants. We did not hold hands.

We have kept up this pattern for the last eight months. She calls me and asks me to come over. Sometimes we go out, sometimes we stay in, and sometimes I can tell that she’s been crying, so I just lie in bed with her until she falls asleep. Then I’ll slip out of her parents’ house as quietly as I can, and the next morning she will act like it never happened.

But tonight is different, and there’s an uneasiness inside of me that I can’t seem to shake and a voice in my head telling me to go back. And I want to talk to her, tell her that she doesn’t have to do this, that it won’t change anything. But there’s a brokenness to her tonight, a devastation that she is eyeing through the passenger side window as she peers up at the lazy snowfall, a truth that weighs heavily on her soul. It is the heaviness that silences me.

Half an hour later, we pull up to The Gainsborough Cemetery. Though the sun has set long ago and the moon is choosing not to appear tonight, the cemetery is illuminated by streetlights that grow out of the sidewalk every thirty feet.

Margo doesn’t move. She hasn’t even registered that we’ve stopped. She just sits there, picking at the scabs around her fingers.

“I’ll only be a minute. Don’t follow me.” Margo lifts a small, shaking hand to the door handle and climbs out.

I watch her walk away with pointed feet, toes first, like she’s walking on stage. Her chest and shoulders rise and fall with each slow, deliberate breath. Her fingers glide gingerly over the tops of headstones. Finally, she sits, and I know that she’s found him.

Colin Blake’s death was a fluke, an accident, a never-should-have-happened. He was Margo’s boyfriend. One year ago today, he was walking to her house in the middle of the night. Margo had been sitting on her porch swing, bundled in a blanket, coat, and boots to safeguard against the falling snow. Her long, chestnut hair was swept up into a pony tail. She wore light blue ear muffs.

As Colin rounded the corner to Margo’s block, she rose to meet him. She started through the yard as he was passing her neighbor’s house. And there, as Margo watched on, her heart humming with thoughts of love and sex and maybe, she would tell herself sometimes, even marriage, a pick-up truck sped up her street, veered onto the sidewalk, and struck Colin Blake. He died instantly. The driver crashed his car shortly thereafter. He also died.

I watch Margo’s mouth, watch the way her lips move, while she talks to him. It’s hard to know what exactly she’s saying, but in no time at all, she is on her feet. Screaming. Not words. Not sounds I’ve ever heard before. She pounds her fists against the uneven granite of Colin’s headstone, and even once her voice has gone hoarse and dry, she continues. And I have never been more desperate for anything than I was for her. To love her. To be loved by her. Like that.

Ten minutes later, or maybe it was thirty or sixty, Margo makes her way back to me. Her feet no longer pointed. Her breathing ragged and too loud. Her hands gripping the skirt of her dress as though it might fly away if she let go. She knocks on the window and I roll it down.

“Margo, it’s freezing.” I know I won’t be able to stomach the drive home alone, without her.

She gazes down the street, and it’s as if she’s already gone. “I know.”

She starts walking. And I don’t follow. Because I want to so badly. Because she asked me not to. Because Colin is dead. It’s a long while before I start my car and drive home. I half-expect her to call, asking me to come get her, apologizing. She doesn’t. As the days and weeks pass on, her calls grew further and further apart until she stopped calling altogether.

And at night when I think of her body next to mine, the tips of us electric, I know that she’s still there, a screaming girl at a sprawling graveyard. And part of me is screaming, too.