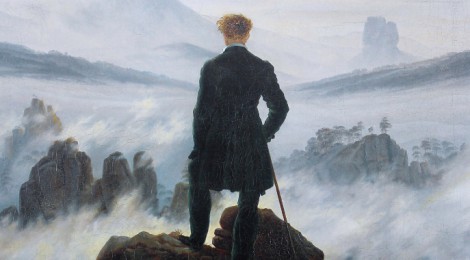 Mayflies, you live but a day
and during those twenty-four hours
the sun’s often hidden by clouds–
Little insects that you are
think it disappears–
How do I express the god that’s gone
seemingly forever into darkness?
I can change major to minor quicker than a brilliant moth
transforms by a flame into ash.

Everything changes, said Buddha,
yet I hint at something beyond;
with a few passing bars
I transform neurons
into self-transcending strings–
Whom do I praise? Myself?
Explain it, my elf,
wizard upside down inside the brain–

I can move Humunculus to tears.
I can make men believe
with a rousing arrangement
of some bloody hymn that
the annihilation of entire cities
is God’s will and, most joyfully, theirs.
Best of all, I celebrate love.

Too bad my power never lasts–
Even the musical think I’m omnipotent
only when their ears are in my hands.
Who obeys nightingales? Why should kings
care if descendents of dinosaurs
sing in a tree?   Yet I can drown
who have sensitive ears like a siren;
that’s why Plato feared me; since then
we’ve sadly learned it is better to fear
men who can’t carry a tune.