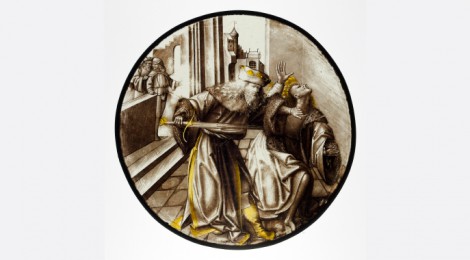 January, 2015 · by Cheriyan Alexander · in Philosophy

One of the gravest risks a writer runs is that of a violent, and at times life-threatening, response to his or her writing. The same holds good for artists. The threat of violence against writers and artists may issue from the state, or from “non–state actors” like religious leaders, angry mobs, vigilante groups, or fanatical individuals masquerading as defenders of culture or faith. It is not surprising that non-democratic states, such as monarchies, dictatorships and totalitarian regimes have often punished writers for simply expressing their personal opinions. However, democratic states as a rule are committed to protecting the writer’s right to free speech and even his or her right to be critical of the state. Nevertheless, even they are at times unable to protect writers from harassment by non-state actors. It is common knowledge that in cases where writers are indeed guilty in the eyes of the law, as when they, with criminal intent, indulge in libel or character assassination, a democratic state has provisions for redress through the processes of law. In a secular democratic state, no other body, be it social or religious, has the right to threaten, harass or punish the writer. The only right such non-state actors have is the right to initiate legal action against the “offending” writer or artist. Nevertheless, writers and artists in secular democracies, especially in the developing world, increasingly find themselves attacked by the hired goons of non-state establishments, with the state often looking on helplessly. One need only refer to the recent cases of violence against the likes of M.F. Hussein and Taslima Nasreen to see the point.

In this analysis I wish to investigate somewhat philosophically the deeper issues involved in the threat to the writer’s freedom discussed above. Although I will mention only the writer’s situation in what follows, all my remarks are applicable just as well to artists, filmmakers, intellectuals and all “voices of conscience.” Harassments, threats and violence directed at writers by disaffected groups and individuals are all manifestations of deep-seated insecurity on the part of the perpetrators. These aggressive responses are often the consequence of a feeling that the writer’s words have the power to call into question the working consensus of the group regarding what should constitute the social/political/economic/cultural/moral/religious order. I would like to use the term “truth regime” to describe such an order, borrowing a concept introduced by the French philosopher Michel Foucault to characterize the complex interplay between power relations and knowledge production in society.

It is very interesting to note that this confrontation between writer and vigilante group is not much in evidence in cultures whose “founding texts” are not in written form, such as among tribal and indigenous peoples. It is very strongly present where the truth regime emerges from a written corpus of “authoritative”/ “sacred”/ “revealed” texts whose assertions about the content of truth, the meaning of life and the rules of society are declared to be strictly non-negotiable and non-debatable. Even when these texts have to be interpreted afresh to generations far removed in space and time from the original contexts of their composition, there is a strict hermeneutical framework within which individuals authorized by the hierarchy that administers the regime interpret/mediate the texts for the laity, and any one daring to re-interpret the same outside this framework is immediately condemned as heretical and deserving of the wrath of the regime. The texts of a truth regime may be perceived by its adherents either as direct revelation from a divine source, as in the case of the Vedas, the Bhagavad Gita, the Bible, the Koran; or as quasi-divine, as in the case of the Manu Smriti, the Nicene Creed, the Hadith and the Sharia.

Any realistic probing into the historical contexts in which the texts that authorize truth regimes were composed will reveal that they were largely the products of patriarchal, hierarchical, non-democratic societies where a miniscule but literate, and therefore powerful, elite exercised immense powers of thought control over the illiterate masses. This does not mean that such texts have nothing to say to modern readers. From a modern liberal perspective they can legitimately be viewed as repositories of ancient narrative, poetry, metaphor, ethics, legality, wisdom traditions and folklore. But they are also not free from the cultural biases of the time and place of their composition. They are all undoubtedly capable of engaging powerfully with the moral, aesthetic and imaginative faculties of modern readers but they need to be re-interpreted in the contemporary idiom of modernity if they are to be encountered meaningfully. And that is precisely what is done in the mystical and liberal traditions that continue to exist in each of the religions that grew out of these texts. Such traditions do not have a vested interest in imprisoning the ancient texts within the rigid interpretative framework of a truth regime that builds walls of doctrine and dogma around them. The mystical and liberal traditions emphasize the metaphoric and allegorical value of the sacred texts and downplay literal interpretations. They favor the life- giving spirit of the texts over and against the formal letters with which they were written. When viewed this way, the texts generate an open dynamic of spiritual and ethical orientation and inaugurate in their readers a faith journey that requires them to travel further and, by necessity, to venture beyond the confines of the texts themselves.

Liberal and mystical traditions readily affirm the plurality of “truth.” They are quick to affirm that there are different paths to truth. Truth is in fact rarely viewed by them as a thing to be possessed or as a set of statements and assertions to which the faithful must give their mental assent if they want to enjoy the status of “believers.” Truth is instead a process, a path, a something that is to be “lived out” quietly. Truth is really more of a “journey towards” rather than a destination “arrived at.” The contours of the experience of the “truth,” as understood in this way, are bound to be unique for each person who attempts to live it out. Sincerity of purpose is all that matters and one’s conversations with one’s fellow travelers on this “truth path’ are more akin to comparing notes in a spirit of friendly dialogue rather than to orchestrating a chorus of dogmatic uniformity. This perspective affirms what Rabbi Jonathan Sacks recently termed the “dignity of difference.”

Unfortunately, in almost every faith tradition today, the liberal, moderate or pluralist voices appear to be giving way to the strident voices of the fundamentalists who have built for themselves a truth regime that has little patience with anyone who strays from the straight and narrow paths of doctrine and dogma. In their paranoid minds they see themselves as defenders fighting in a do-or-die situation to save their faith from its enemies, which means pretty much everyone else in the world who does not accept their interpretation of the “true” faith. Terror is their favored weapon to silence anyone with a pluralist, liberal, mystical, or eclectic orientation. Indoctrination is the only way by which the “faithful” are to be kept within the fold. There is no room for discussion and reasoned debate. “If you are not with us you are against us” is their message. They are hypersensitive to insult and swing into immediate action to liquidate the one they consider its source. Because most writers operate with a “free expression”, “call-a spade-a-spade” orientation, they are automatically in the frontline of this battle and their pens are no match for the AK-47s that are lined up against them. It is no use arguing with the gun-wielding “defenders” that it is not a fair fight. “Pens must be confronted by pens, not by guns,” the beleaguered writer may say. This protestation will not even register with the “defender.” For him silencing, not debate and dialogue, is the name of the game.

Where then can the tide of intolerance be stemmed? I still have great hopes for the future of education. We can still dare to teach our children in our schools and colleges, as a deliberate counter-strategy to the indoctrination happening on the “other” side that if God is truly “almighty,” as the faithful assert vociferously, he doesn’t need puny human defenders, does he? He can fight his own battles himself very well, thank you. Then present the children with the beauty of the great mystical and liberal spiritual traditions of all the great religions of the world, traditions that go by names like Bhakti cult, Sufi, Quaker, Zen, and a host of others from every corner of the globe.

Here is one of my favorite anecdotes from one such tradition. Someone once came running up to a rabbi and said, “Master, that man over there has uttered the most terrible insult against God Almighty that is possible for a human being to utter. How should we punish him? Shall we stone him to death?” “Leave him alone” replied the rabbi and added “he who spits at heaven spits on his own face.” Enlightenment dawned on the troubled complainant and he walked away in peace. This miracle of transformation happened because the rabbi was too busy walking his personal faith journey to bother about constructing and defending a truth regime.

This article was previously published in The Bangalore Review issue of December, 2013. We now reproduce this piece in the aftermath of the attacks on Charlie Hebdo in Paris.