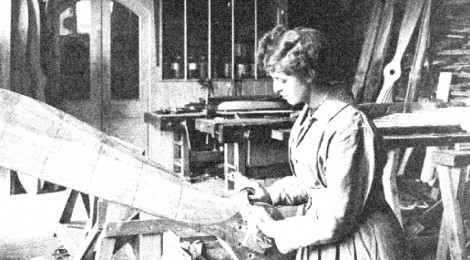 She leaned back against a bit of plywood spraypainted with hieroglyphics that had once signified a neighborhood swept and cleared.  Her piousness was a beacon, but somehow appalling in light of our circumstances.

“Remember the market just before the war?” she asked.  “It was a mad circus. A riot of plenty.  Fresh Bekaa Valley fruit.  Sacks of rice and flour.  Jugs of oil.  Plastic housewares.  Wooden spoons.  Rolls of cloth.  Stacks of woolen rugs.  Goats and lambs newly slaughtered and hanging by their ankles.  Jam jars.  Honeycombs.  Pyramids of pomegranate.”

We no longer remembered the world she remembered. Too much had passed: the government fractured, strangers persecuted, pox spread, armies of shysters and quacks in the streets selling their physics and forecasts, all of whom claimed to be able to read the signs and whose prophecies had been full of doom, because doom paid and doom had indeed inevitably followed, no testament to their skill or prescience. Many of us had been boarded up in our houses by our own neighbors under suspicion the plague lurked in our blood.  Often, the cause was unjust.  The accusation provided opportunity to steal our goods or to punish a slight.

Some lost faith.  Others doubled down on the religious zeal and made others’ religious zeal their own business, because we all needed to stand together before a wrathful God, Whose aim wasn’t so true that He’d spare the righteous and smite only the sinner.  The woman always slept soundly.

The ablest among us scavenged for canned goods.  We debated how to protect ourselves after pears in syrup poisoned three of our best with botulism.  The streets were no longer full of wailing; people were inured to death.

When we returned to our shelter, we woke the woman.  She immediately resumed telling her tales of wonder and plenty.  Her gray hair was filthy but tied back from her face.  A badly healed burn poked out from her shift near her neckline, but she held herself with a poise that seemed regal. We brought her the choicest scavengings.  We imagined she had no idea how poorly we were faring.

Someone offered her some flat sticks and an old toothbrush and a can of red paint one of the children mistook for cherry syrup.  We begged her to paint the circus of plenty from memory so we would always have something of her.

“As if anyone could talk confidently about ‘always’ after what had happened to our people,” she said.  “I no longer use words like ‘all’ and ‘always’ and ‘everyone.’”

“Back then,” she added, “it was different. We chose sides. But even those who made clear they were not the same as us were not militant about it.  Which was a good thing. Because those who came later treated all of us as if we were the same as the worst among us.  All strangers to them.”

“This is crazy talk,” her daughter said.  “My mother spent the war in a refugee camp.”

We threatened to cut out the daughter’s tongue.  There was a comfort in the old woman’s stories, crazy or not, which shortened the long nights and held hunger at bay.

The woman claimed there was a heat back then we don’t now know.

“We were always scantily clad,” she said, “and the men wore hats, these things I remember clearly.  Also the ready availability of guns.”

We thought this was romantic.  Guns as plentiful as blades of grass.  How wonderful.

A messenger interrupted our happiness.

“Something bad has happened,” he announced.

We all looked at his boots, which were very well made and we coveted them.

He gave his news, which we conspired to keep from the woman.  In her condition, the news was unnecessary.  For her, it would be over soon.  We had become as good at predicting death as we were the rising of the sun.

But when some of us approached her to lie to her, we found she had abandoned her deathbed.  Prepared to depart, she was sitting primly, a valise at her side.

“Something bad has happened,” we admitted.  “We must quit this place.”

She smiled, put a finger to our lips, and kissed each of us.

“What’s in the valise?” asked the same persons who would have murdered the messenger for his boots.

Some marveled that she had had the foresight to ransack the market she had always recalled so fondly for us.  Plenty and always seemed to rhyme.

“Let’s put off stealing her loot until a better time,” some suggested.

Others would steal now and be done with it, as a favor to her and ourselves.

“She’ll just slow us down,” they said.

“But the stories,” we objected.  “The stories will shorten the journey.”

“I hate her nostalgia,” growled the one who wore the same shoe size as the messenger.  “The earth was never so full as she says.”

Out in the street, the old woman wrapped her scarf around her mouth and nose.  Even the bands of roaming, feral persons, to whom no sense could be spoken, who killed under the cover of darkness any who dared take them in, gave the woman wide berth and left her unmolested.

Regarded everywhere with ill will and suspicion, we traveled long days and camped at night in places far from settlements.  We didn’t blame our persecutors.  We had all learned that strangers brought nothing but disease, theft, and murder.

Every day, we were fewer in number, but the old woman didn’t falter.  She lugged her valise.  She kept her head down. Some began to believe that nothing could harm us on account of the contents of the valise.  Others thought the old woman had lugged our bad luck along with us.  In the valise lurked some evil that had bogged us down.

One night, we stopped and made a fire.  The woman slept soundly with her valise as her pillow.  Perhaps she dreamed of plenty.

The rest of us conspired in the firelight and ate the last of our stores.

Someone supported the woman’s head.  Another eased the valise from beneath.  We threw it on the fire.

For a moment, the flame flattened and smoke puffed.  Then, all at once the fire flared.  My heart skipped a beat: such large flames would be visible for miles and draw bandits.

The valise burst open and coughed up a quilt, which the heat unfolded as tenderly as a mother.  It was a glorious mess of color and patch, and I couldn’t keep from snatching it back and dragging it to the sand.

We beat the quilt until the char marks lost their red edge.  Then someone erected a pole, and we made a generous tent of it, and all of us clamored to get beneath and leave her sleeping soundly in great ignorance of how things today must be after the war.