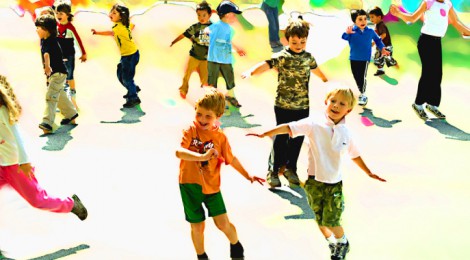 The voices spoke when he was alone,

instructing him to carve words with a pocketknife

to the side of an assault rifle.

Words he thought he could comprehend,

What else did the voices say?

That the blood of othered children

would pixelate clearer in the crevices of the asphalt,

and no matter what stage of coagulation occurred,

it would seep past the rocks

into the waning weeds and dirt.

I heard an urban legend once,

of pouring coca cola over a blood stained area,

making it simple for the molecules

to disintegrate, wash away with a stream of water.

Perhaps they promised his would be the lasting blemish,

that after he finished, all he had to do

was lay his thin-framed body on the grass,

stick the muzzle of a spare handgun to his temple

and let the blood nestle him away from the cold.

Named after a city with frigid winters,

from the smoke stacks that infiltrate the air.

The Baptist Church’s service concludes nearby

and the singing congregation exits under the slanted cross,

reaching for the high notes reverberating below.

Inside the gates, it is quiet enough to hear

a tetherball tap against the yellow paint-chipped pole

sealed in the blacktop, and the back packs,

although buckled to the chain link fence,

Across the street, a glow in the dark statue

of Jesus Christ stands upright on the grass

with a handwritten “for sale” sign around its neck,

waiting for the aged recorded hymns to play

from the loudspeaker on Miracle Mile.