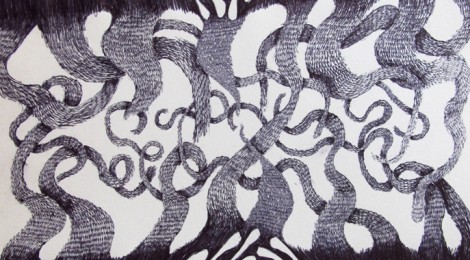 Attempts of Liberation from the Power of Gravity 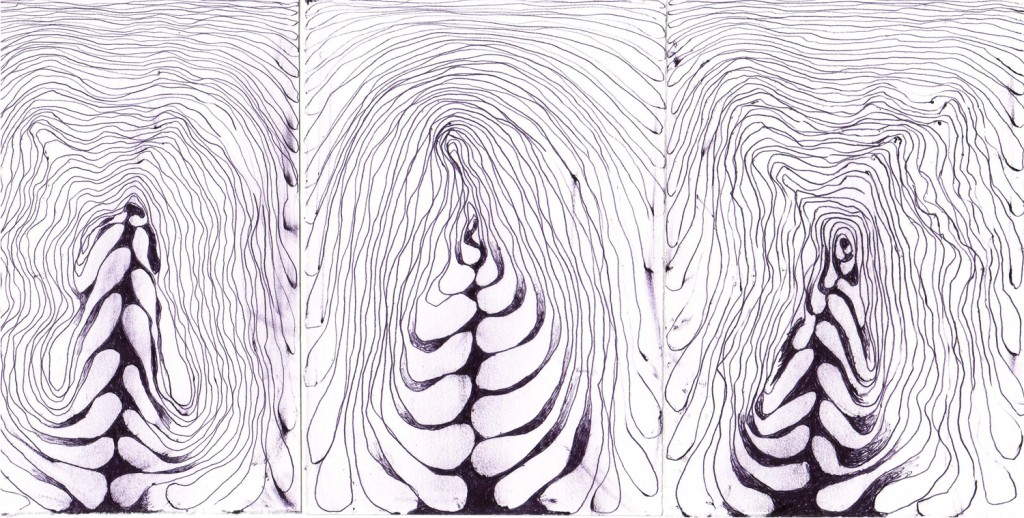 These are a set of 3 line drawings that started from a simple idea;
Draw a continuous line without removing the pen from the paper.
No special pen. No special paper. 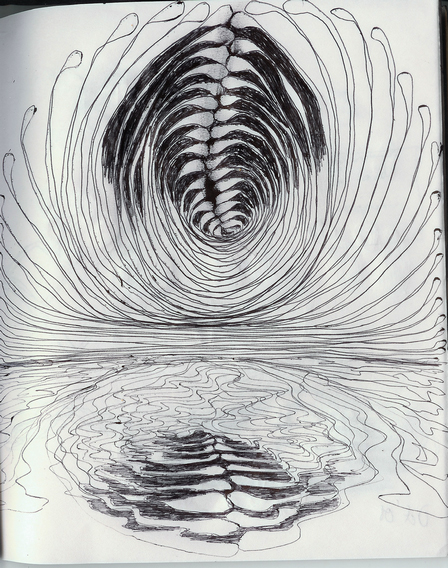 The idea was experimented with and evolved
into using more than one line while giving it familiar behaviours;
for example, giving the lines a semblance of a reflection. 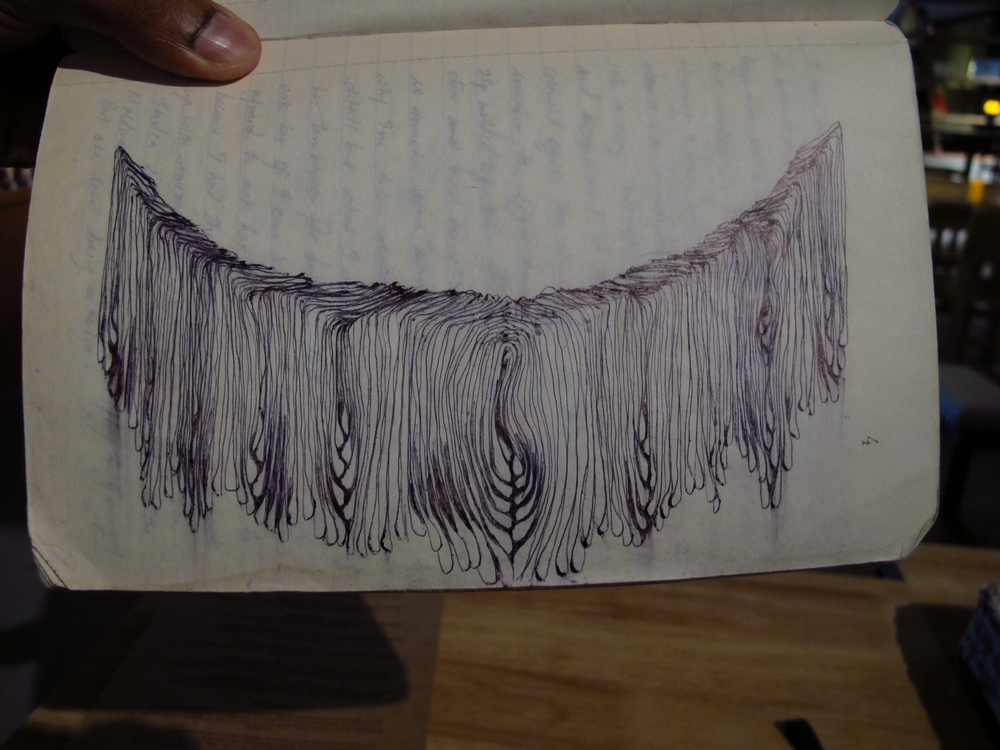 More three-dimensional forms were being played around with…
and the experiments had reached into it’s 13th notebook. 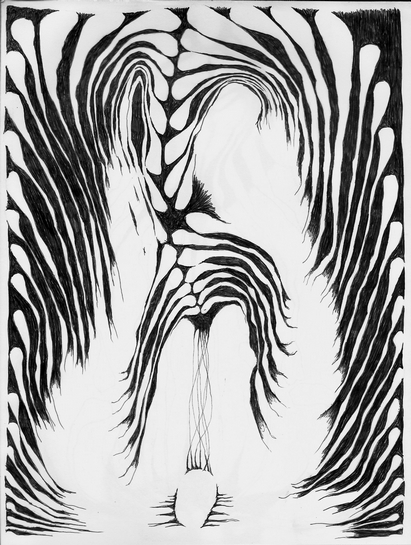 It gets exhausting, using only a pen all the time so,
i’d experiment with a pencil and later shade it with a pen. 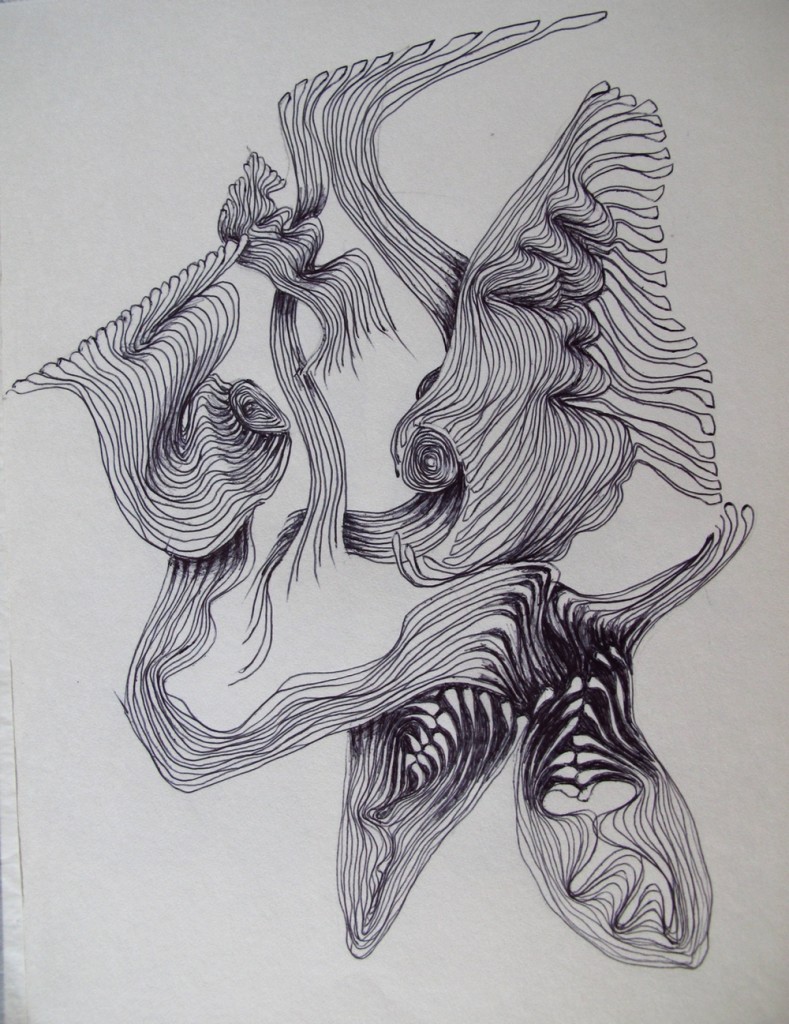 Then there are moments where random lines are scratched onto the paper,
which become the basis of what forms could grow. 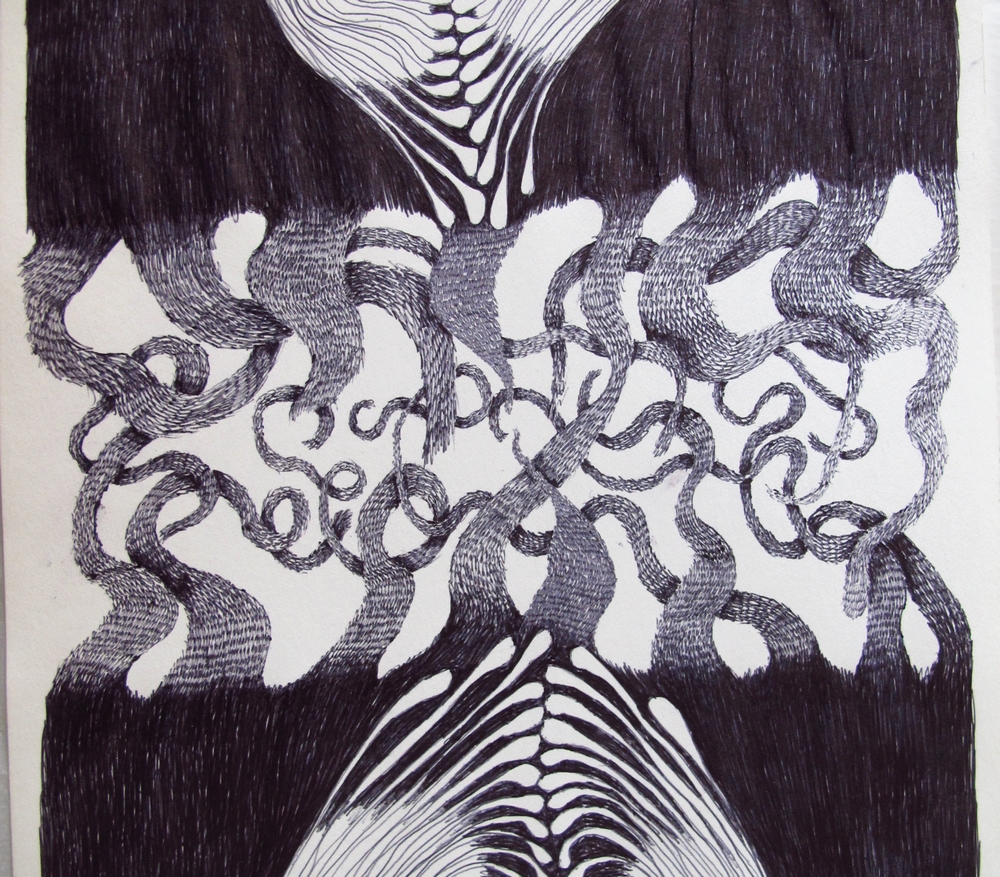 Later came a point where the shading needed to be experimented with. 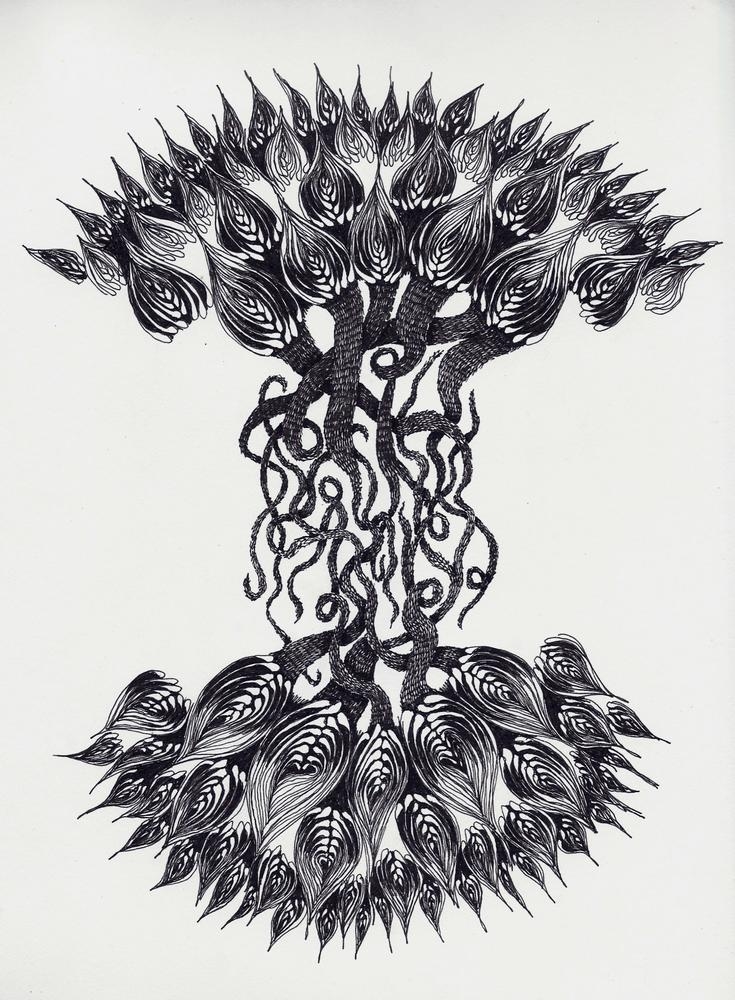 And the shading began taking form and importance. 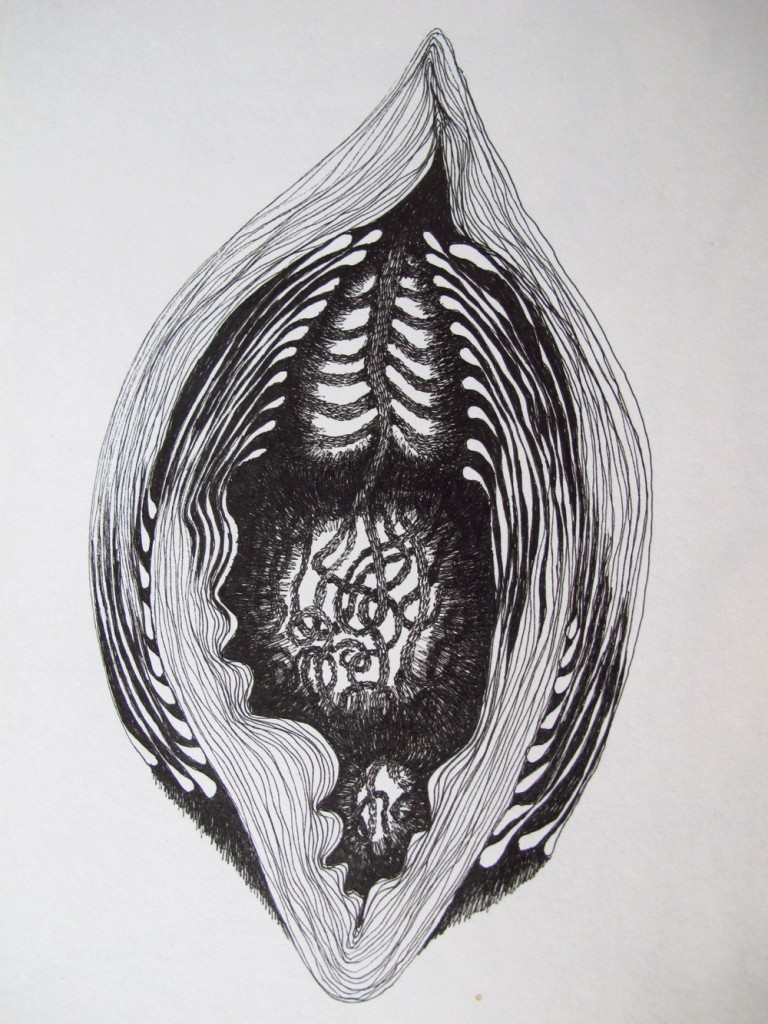 There came a point where the drawings needed to go beyond the notebook.
Onto larger paper… different kinds of paper. 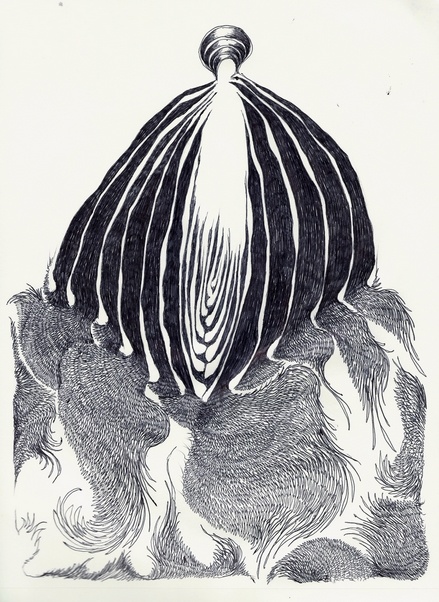 Then there was a need to take more recognizable form while still remaining obscure. 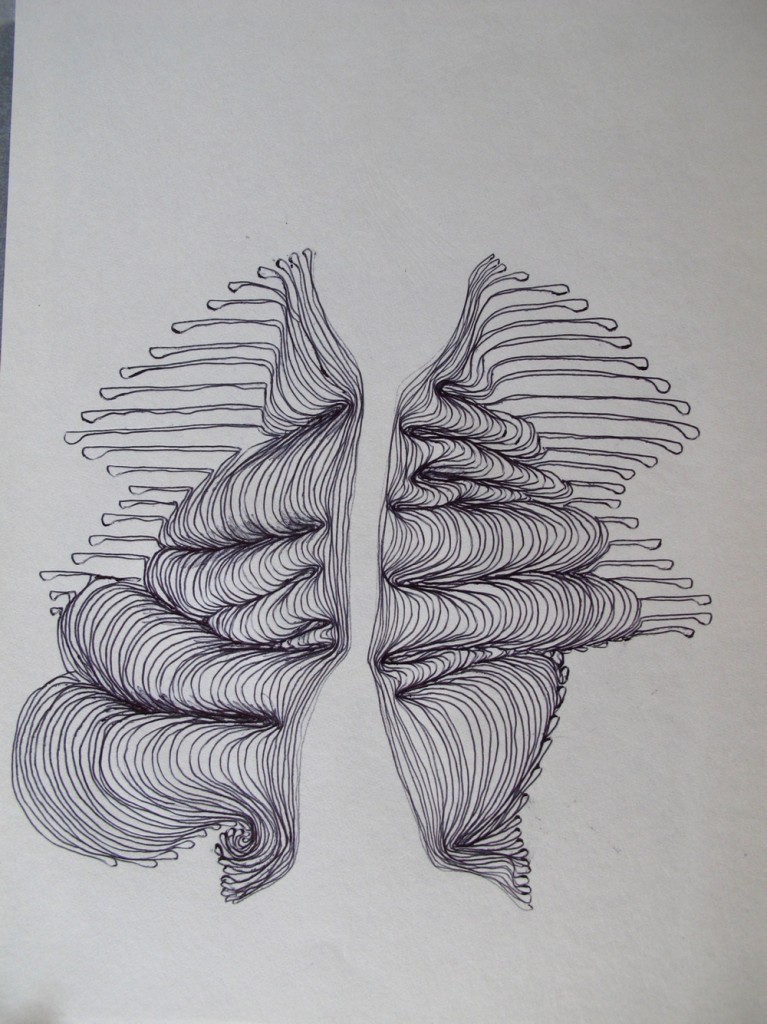 But there are times of regression, where boredom takes over and makes me repeat old exercises. 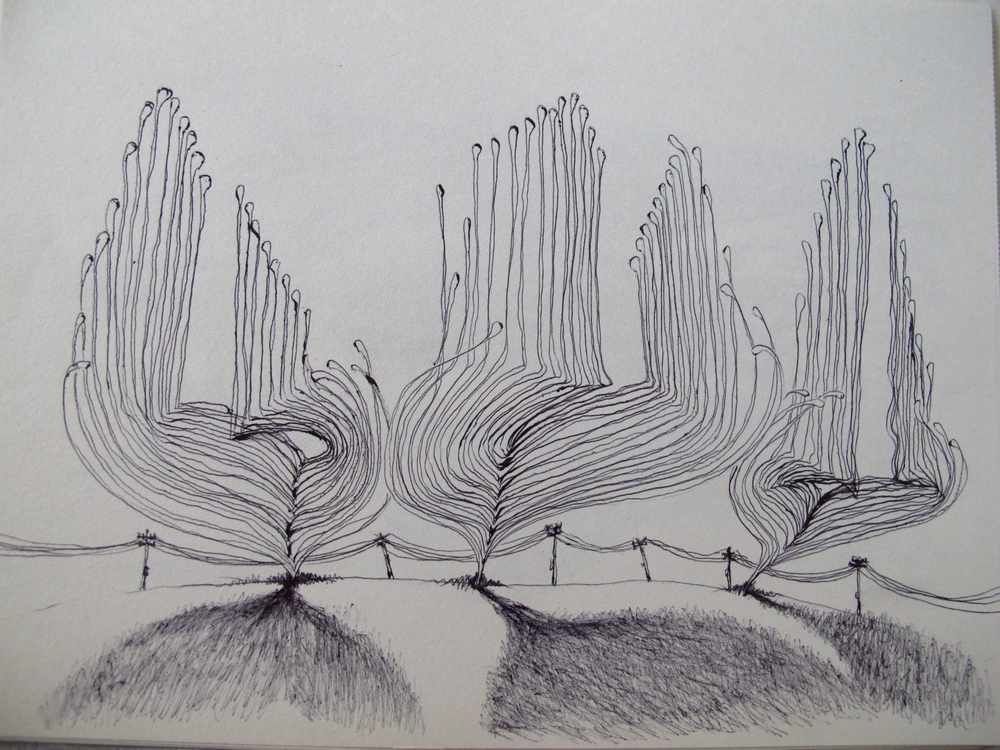 But they can be overcome and something new can always arise with those old ideas.
There may be no meaning behind each drawing. The pen tends to go where the hand goes.
A sense of discovery tends to follow.