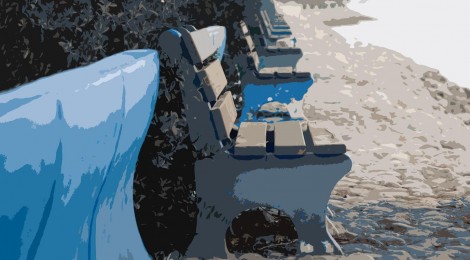 Samuel Mendoza was a Philosopher. Today was his last at the college where he taught and he was busy packing his life away. Having sealed his last box of books, he kicked it towards the door. It joined a stack of other stuff ready for collection by the courier for onward transmission to Zimbabwe. One life was ending, another beginning. Why then, did he feel so hollow inside? Shouldn’t he be on top of the world? He’d always wanted to go to Africa.  It still had that rawness (some people called it barbarism, or lacking in civilised norms), but he was attracted by the sense that much was left to be done. A man could flourish there. And the people were ravenous for knowledge. He could teach them properly using the Socratic method so that they acquired knowledge instead of facts.  He had ideas to improve the method, refine and customize it so that it suited the Africans. He and his wife Francis had holidayed out there about fifteen years ago and he’d fallen in love with the place.

‘’I wouldn’t mind coming to live out here for a few years,’ he’d told her by way of sounding her out.

He should have guessed then that what he suspected for some time was happening. Fran, his wife didn’t love him anymore, or not like she used to anyway.  There was a time when she’d have said. ‘I’ll follow wherever you lead me.’

They’d had some bad times of course – some tragic times actually. Their son was born brain damaged. He’d lived for four years and then died. Even now, Sam couldn’t bear to think too deeply about it.

‘We can have another one,’ he’d said to Fran.

‘Don’t be so stupid,’ Francis had replied. ‘I’m never going through that again. Nine months pregnant, then a long and horrible labour and then that?’

The whole experience had changed his wife, from a witty, pretty young woman with a wide mouth and a passion for enjoyment into a moody, thin thing whose mouth drooped from a lack of smiling. She’d changed toward him as well. Rude, critical, sneering, she cringed every time he went near her. Sometimes he’d catch her staring at him with cold, dull eyes and his heart would actually sink. Last year they’d parted. He’d moved out of their well-appointed flat in Bloomsbury and managed to get a one-bed place in Islington. Since then, they’d been quite friendly with one another and she was even coming to his fare- well party tonight.

‘Looking forward to it,’ she’d said. ‘I hope you don’t mind if I bring Miles along do you?’

Miles was her second husband. She sure didn’t let the grass grow. She was even pregnant, carrying high and proud.

Sam tidied up his drawers, making sure he took all his belongings. There were class photographs, and numerous other memorabilia which he put into a private hold all.

As it was still early he decided to take a walk round the area one last time. When he left the building he turned into Gower Street and right onto Malet Street from where he made his way to Gordon Square. He stopped outside the church in Bying Place thinking he might go in, but decided against it.  He crossed the road and went into Gordon Square. He sat down and looked around. The place was quiet except for a family of crows.  He would sit here and conduct a Thought Experiment, which hopefully would put him more in touch with his own inner being and thereby uncover the Truth from the darkness of his unconscious mind. The Experiment was to ask God a question and then wait for an answer to filter down into his brain which he would take to be the truth. What if he really heard a voice? Get a grip Sam, he told himself. The family of crows had gathered round him. The largest of them was staring at him with unnerving intensity. Sam suddenly shivered then shooed them off. He leaned back in the bench and stretched out his legs. Being spooked by birds. What was the matter with him?

‘Hey God,’ he said quietly into the air, ‘I still got that empty feeling in my gut that I told you about this morning.  Am I doing the right thing in going to Africa?’

Sam listened. His inner voice spoke, sounding very authoritative and God-like and coming from outside his head.

‘I can’t answer that for you Sam. I’d advise you to check your motives. I can’t look inside your mind. You know – the problem of other minds and all that?’

‘Well, I always wanted to live in another country. I guess I might as well go now, whilst I’m single again and my mother is settled in a home.’

‘ You arrived at that answer very quickly Sam. What’s the real reason you put together this experiment?’

Sam sat upright and looked round. There really was a voice coming from somewhere outside his head. Was he going nuts? But he’d continue. Maybe that was the nature of confronting yourself. You began to hear voices. If he began seeing things, he’d give up the Experiment and hightail it back to the Department.

‘My disastrous marriage,’ he said, this time actually speaking. ‘I’m haunted by that episode in my life. I thought I’d found love. After the death of my son, my wife seemed to hate me. She acted as if I were responsible for our child’s death. In fact it was you, God. Why do you let such things happen?’

‘I don’t let things happen, Sam. I created the Universe according to laws and principles, which are very carefully designed, and calculated using refined math and theorems. Once the whole thing was set up I let it function according to those laws. Why make laws if I’m going to be constantly overriding them?’

‘Well perhaps you ought to intervene more. The people are fed up with all the pain and suffering and they’re leaving the Church in their droves.  It’s a backlash against you. We call it The Problem of Evil and there’s a very strong atheist movement developing out there in your world.’

‘The people make their own evil. I can’t intervene because it’s your Cosmos. I explained about the natural laws which operate.  I also gave you free will to govern and use your responsibility judiciously, according to your needs. As for your marriage well, we can discuss that. See if we can find out where you went wrong.’’

‘I’ve gone over the whole thing in my mind a thousand times and I still can’t figure out how someone can love your one minute and hate you the next. It doesn’t make any sense.’

‘Tell me something Sam. How did Francis get on with your mother?’

‘Good, I thought anyway. What’s your point? Did I miss something?’

‘You tell me. Think back to when your son was born. What’s the first thing your mother said to her daughter-in-law?’

‘Something about inherited diseases. She was trying to tell us we should get tested. What if we had another child born with that type of disease.’

‘It’s the way she put it Sam. ‘There are no inherited diseases in my family’ was what she said. In other words she was telling Francis that the fault lie with her family.’

‘I suppose she could have taken it like that now I think about it.’

‘Were you her only child?’

‘She doted on you. Did you realise that? That even your father suffered from affection-deprivation after you came along?’

‘All I know is that they used to quarrel some of the time. But then every couple quarrels.’

‘They did a lot of quarrelling over you.  But let’s get back to your wife. How do you think your mother treated her? Like for example at Christmas time?’

‘She was a bit controlling. She used to get at me as well you know?’

‘Did your mother ever say ‘thank you’ just once?’

‘I don’t think so. Mum would have thought it was Fran’s duty, in which case she wouldn’t have said thank you. She’s got some funny ideas my mum.’

‘Did she ever use or wear anything your wife gave her for a present?’

‘I don’t know. I don’t think so. She told me she was fussy about her clothes.’

‘You see how much you don’t know Sam? And all the while, Fran was hoping that you’d say something, stick up for her, make your mother realise that you were a married man now. You’d put away childish things and were on the next path to manhood.’

‘I wish she’d said something.’

‘Did you enjoy the praise your mother constantly heaped on you, Sam?’

‘Well, when I was young. But later on it did unnerve me.’

‘The way she spoke to me sometimes  – as if I were her husband, not her child. Especially after dad died. It was weird.’

‘Why did you do nothing when you knew that she was quietly trying to undermine Fran’s status as wife to her son?’

‘Why are you going to Africa Sam?’

‘To get away from her, from my mother and all her selfish demands.’

‘Why would she do that?’

‘She wanted me for herself. She used to say it in a jokey way. Now I see she really meant it.’

‘How does that make you feel?’

‘What are you going to do now Sam?’

‘Go to Africa. Get a job at the University and help other people less fortunate than me. I’ve got all sorts of ideas, some based on Socrates teaching methods’

Sam walked back to the college, feeling free, elated and hopeful. He enjoyed the drinks, the flirty female students and making amends with Francis.  He went back to his flat and slept like a bear in hibernation.

The next day when he received a telephone call from the home in which his mother was living, he felt apprehensive. He knew something was wrong, that this call brought bad news.

The Manager informed him that his mother had died suddenly at six O’clock the previous evening. There would probably be an inquest as she wasn’t under the doctor for anything. It was a shock for everyone.  There seemed to be nothing wrong with her. She was talking to one of the other residents one minute and the next she’d toppled over – dead. Stunned, Sam put the phone down.

‘Hey God. You didn’t have to kill her you know. What was the point of that?’

‘Sam I thought you said I should intervene more in the world? That’s all I was doing. Trying to tackle the problem of evil.’