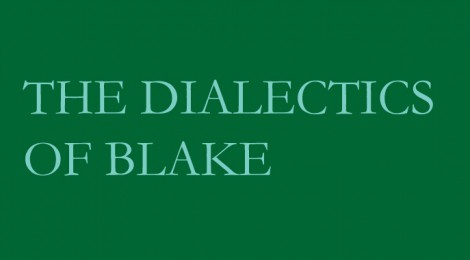 The Dialectics of Blake

One knows by comparison and sometimes, as in Blake, through contraries. It is evident in the Songs of Innocence and Songs of Experience and less so in The Mental Traveler. The Mental Traveler pushes this notion of contraries further, from the poetic to a historical understanding of man. The poem, baffles at first but draws the reader in (like The Wasteland) to make meaning.

The generally accepted understanding of The Mental Traveler is the cycle of development and decay of an idea (for example liberty or an intellectual movement) and its influence on human societies. The individuals in The Mental Traveler, the Baby and an aging woman evolve in opposite temporal directions. Blake uses (intuitively or otherwise) a triadic movement i.e., the Hegelian dialectic of thesis, antithesis and synthesis in developing his poem. “The Babe is born in joy” in a state of “dire woe”- refers perhaps to an insight grasped through individual suffering. This revelation is shared with an effete society embodied in an old woman. In terms of the dialectic this insight is thesis, effete society the antithesis. The idea reinvigorates society taking it to a new state (the synthesis) indicated by “bleeding youth” and “virgin bright” in the lines,

Till he becomes a bleeding youth

And She becomes a Virgin bright

At this stage, the idea is indistinguishable from society (“He plants himself in all her nerves…she becomes his dwelling place”). The idea which was unwelcome until then has become societies new norm.

But neither are human affairs static or the “idea” absolute. The idea continues to live though gradually losing vitality. Individuals appropriate it to further their ends. They manipulate it in ways that appear beneficial to society, suggested in the lines “feed the Beggar & the Poor”. The idea is aware it is being manipulated (“His grief is their eternal joy”) but has turned into an “Aged Shadow”. The inherent contradictions within the state of synthesis throws up new thesis’s and anti-thesis’s and the “Aged Shadow” represents a new thesis.

It would be wrong to assume that the “little Female Babe” in the lines,

Till from the fire on the hearth

A little Female Babe does spring

And she is all of solid fire…

is an antithesis. It is a transitional state. By personifying it as a “little Female Babe”, the opposite of a child born in “dire woe” Blake suggests a counter-culture. Counter cultures have lowered amplitudes and affirm what they rebel against. They develop through assimilation, shown in the lines “She comes to the Man she loves”. Counter cultures challenge the status quo by mocking it. In the poem this counter-culture drives out the “Aged Shadow”. The idea (now an Aged Shadow) is in search for that which will revitalize it. It finds it in a “Maiden”. The lines that follow this discovery i.e.,

The Cottage fades before his sight

The Garden & its lovly Charms

implies their union is a compromise as the old idea has to give up its earthly ideal in order to stay relevant. This “Maiden” is the antithesis to the “Aged Shadow”(the thesis). Their synthesis is the state where “he grows Younger and younger every day…. Like the wild stag she flees away”. Out of this synthesis appears “the frowning Babe” and the “Weeping Old Woman” i.e., a new thesis and anti-thesis and as Blake mentions “She nails him down upon the rock/And all is done as I have told”.

The Mental Traveler was written in the years after the French revolution and Blake must have been aware of its ideals disintegrating into the reign of terror. Was Blake influenced by Hegel’s triadic movement or had he anticipated Hegel in a different way? In a temporal sense Hegel’s dialectic moves from a lesser to a more perfect ethical state. One of the implications of Hegel’s dialectic is the responsibility he placed on nations. To quote Russell’s reading of Hegel (of whom he had little admiration), “In every age, there is one nation which is charged with the mission of carrying the world through the stage of the dialectic (triadic movement) that it has reached. In our age , of course, this nation is Germany”. When individuals (or nations) take on such responsibilities, the past has shown they turn despots.

Blake’s dialectics does not reach for perfection. The end of his cycle returns to imperfection where his poem begins i.e., in the “frowning Babe” and a “weeping woman Old”. And as he suggests the following cycle plays out in a similar fashion i.e., in revitalizing and wearying humanity. Blake’s suggests both contraries are essential for … ? for what? for which greater good? To answer that question is to repeat a Hegelian error of expediency. Blake’s vision stays closer to the truth and his poem truer because of that.