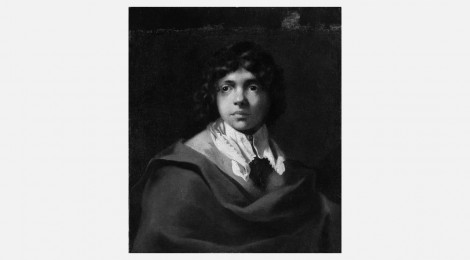 It was the day before Christmas in Calcutta. It was 1997, and the city, like its name, still retained much of its old world charm. Ekaa woke up with a thud when the alarm clock went off; far from being alarmed she got a headache. She always wondered why it was called an ‘alarm clock’ and not an ‘annoyance widget’ or a ‘weapon of infuriation’. But sincerity and commerce were never to be mixed up; her advertising career had taught her that. Eight years on the job had already started tiring her out; the odd hours, the unreasonable demands from clients, but more importantly it kept her away from Bijou. He was the only reason Ekaa had decided to not give up on life after Samarth’s car crashed into a semi-trailer truck almost three years ago.

Bijou was the smartest kid in playschool. Samarth would go around town meeting his friends, singing praises of Bijou, often embarrassing Ekaa in the process. But she wouldn’t stop him; she had never seen him happier before. For four years Ekaa lived a dream, in Samarth she had found her present and in Bijou their future. Then three months after Samarth died, Bijou fainted at school for the first time. Ekaa suspected dehydration, but the doctors said it’s CDD. She did not understand at first. So they expanded it for her: ‘Childhood Disintegrative Disorder’.

What they meant was that her Bijou was supposed to grow perfectly normally during his formative years, which he had, and then he was to lose some or all of his language, communication, and social skills. They also warned her that the regression could be so dramatic that Bijou may also be aware of the changes his mind and body were undergoing; that he may ask questions like, “Ma, what’s happening to me?” But that Ekaa was not to panic. She was to listen to all his questions gently and answer ‘thoughtfully’, because they were not going to last for long. Bijou was 7 years 3 months and 24 days old on the day before Christmas in 1997. That was the day he was taken.

Ekaa’s first thought every morning was of Bijou’s. He was growing up to be a fine young man. She felt proud every time the neighbors told her how sensitive and polite he was for a boy his age, or when his teachers gushed about how he took care of street animals. That morning was no different. She checked the little bedside clock in the shape of Mickey Mouse’s head, Bijou’s favorite, and realized how late she was. Ekaa blamed herself for not making Bijou’s breakfast in time, but she couldn’t be too harsh either since she had taken a day-off after almost a month.

She went to the kitchen and took out a can of milk from the refrigerator. While tying her hair carelessly into a bun, she poured from it into a red bowl and then added some cereal. The door to Bijou’s room was half-shut. He must have woken up to go to the toilet, and then found no food and gone back to his room. She knew Bijou would go hungry one whole day but not wake his mother up because he knew how hard she worked all week. Ekaa quietly opened the door and tiptoed inside to give him a little scare. She always insisted for him to sleep with her, but Bijou never liked sharing his bed with anyone. His favorite color was white, so Ekaa made sure that all bed linens and pillowcases were white in color. He always slept under a quilt with his watch on; he liked to know where the sun was without looking outside his window. He also liked music.

It was 10:45 AM, and both Bijou’s bed and his room were empty. Ekaa was taken aback initially; he never left the house without telling her. Then she thought maybe he was inside the house, in another room. But he wasn’t. Only then did she realize that the front door of her ground floor apartment was unlatched. She kept down the tray with the bowl of milk. She had a curious look on her face, like there was a surprise waiting for her at the other end of the door; like someone had thrown a birthday party without informing her and invited her friends over. Ekaa wasn’t wearing a bra, so she quickly picked up a stole from her room, wrapped it around herself and walked out.

It was a typical summer morning. Fleet of expensive cars sped past her urban middleclass locality, housewives gossiped with each other through their respective kitchen windows while giving cooking directions to their maids, young boys gathered around a fast food shop and gorged on cheap delicacies; the serenity inside her home was suddenly broken by the explosion from a giant stereo set of the contrasting world outside. Nothing seemed unusual, except that her boy was gone. Like a traveler lost in an unfamiliar town, she paced herself very cautiously. She went back inside, called her neighbors and friends, even her distant relatives whose homes Bijou had visited even once. They assured her that he hadn’t been there and that they would inform her immediately in case he does. Ekaa knew he wouldn’t.

She had a strange connect with her son, the kind she felt with Samarth; maybe even stronger. She knew he was nowhere near her, and with every passing second he was moving farther and farther away from her like a speck of dust. Ekaa acted quickly. She put on an oversized shirt and a pair of old denims and left for the police station. She decided not to drive. From her cab she called up Samarth’s maternal uncle, who was the then D.I.G. of police. He asked her to go home and said that he would take care of the rest. But Ekaa didn’t want to go back.

She went to the nearest police station and lodged a written complaint anyway. By then, they had also received phone calls from various senior officials in the department, courtesy the D.I.G. The search for Bijou had already begun.

There was no sign of struggle inside the house. So when the police came to investigate, they inferred that it must have been someone the boy knew who called him outside. Otherwise it was impossible for anyone to have entered the house without breaking the front door open, which was not the case. The officer examining the case studied Bijou’s room for a long time. He didn’t touch or move anything inside the room and asked Ekaa not to either.

Soon Bijou’s photographs had been circulated to all the other police stations in Calcutta, to all the major railway stations, bus stands, as well as the airport. Road blocks had been laid at all the important highways leading to and out of the city; his face was on all TV channels which untiringly blared — MISSING.

Ekaa was still in smog; stuck inside a bizarre maze in her mind from where she couldn’t walk out. Why would someone take him? She never made enemies, neither did Samarth. In fact they were the ideal couple as long as he was alive, and soon after she became the perfect mother. Anyone who was aware of her financials would know that that she wasn’t worth millions; and even if that was the case, then why had the ransom call not come yet. The cops reassured her that the calls usually never came on the day of the crime, always a day or two later.

One of the longest days of Ekaa’s life passed briskly as long as she kept busy with all the running around, telephone conversations, and legal interventions. It was only when she went back home at around 9 in the evening, still in a mist about the whereabouts of her son, that it hit her.

She went straight to his room. The unkempt bed was just as it was in the morning when she had woken up and brought his breakfast. The crumpled bed sheet and furrowed pillowcase still wore his smell on them like a perfume. She wasn’t “allowed” to touch any of it, so she brought a chair and sat down in front of the bed. She looked around his room to see the last traces of her brave, young child; who must have been rebelling against his captor to go back, she thought.

When he was angry he would either throw a fit or grump and repeat the only abuse he had picked up from some of the neighbor kids — Harami!! Ekaa burst into a smile unknowingly as tears started rolling down from her eyes. She realized that in the overbearing busy-ness of the day, she had completely forgotten to cry even once. She felt a sudden pang of hunger. She had not eaten anything all day. The bowl of milk that she had made for Bijou in the morning was still lying untouched; the marinated cereals made it look like an abandoned swamp.

Ekaa picked up the bowl and started eating from it; drops of tears mixed with milk, her relentless sobs submerged in portentous pain. She knew that the world was searching for him, but she also sensed they would stop soon. But how could she possibly ever stop? She fast forwarded a few days in her mind, a day when she would have the audacity to square away the room again, neaten his bed and replace the dirty linen with fresh fabric.

When she stopped crying there was absolute silence, only the sound from the ticking of the alarm clock — ‘weapon of infuriation’. It was almost midnight and the world outside was counting minutes; embrace and share pleasantries, hoping for a better and safer year ahead. Ekaa had never wished anything for herself, but only for Bijou to be happy. Now that he was gone, she wished for strength so she could find him. Christmas had come.

Almost 16 years later Ekaa had to stop her sedan at a car-wash briefly. She had been on the road for the past week and the bruises were showing on the car’s body. It had been over four years since she had shifted to Mumbai. She didn’t notice the boy who was cleaning her car at first; his face carefully hidden behind the soap bubbles and foam. Ekaa was busy checking her emails on her phone while smoking a cigarette.

Then the boy knocked on the driver’s window. Ekaa unmindfully rolled it down and brought out a 500-rupee note. As she was about to put the money in the boy’s hand she felt it; that similar sensation of being conjoined. She looked up and saw the same green eyes, a similar mole under the nose, that familiar smile. He didn’t speak a word, only bowed in gratitude having received a tip much above the service charge. He looked happy; calm and sorted doing what he was.

She saw him slowly walking back towards his co-workers, flapping the note in his hand. Some of them high-five’d him. If it was really Bijou then he might had found solace in this place. Ekaa did not want to disrupt that. Besides she wasn’t even sure if it was really him. What were the odds anyway? And she did not have the guts to ask. She had promised to herself that she would find him; in turn she discovered that he may have found himself. As she slowly turned her car around, she looked outside. Rainclouds were gathering in the evening sky. Ekaa thought she could just sit there and gaze at the thunderclaps, listen to the lilt of water crashing on the windshield of her car, and wait for the street light to stop flickering. She knew it could take long, but sometimes all you can do is wait. All she had learnt to do so intimately.