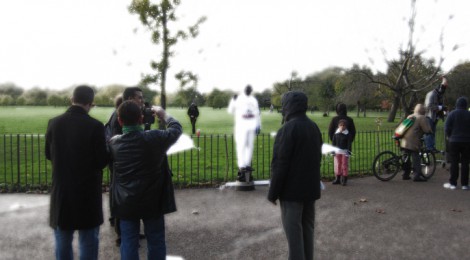 When a government curbs the freedom of expression, speech and assembly so that it almost non-existent, this is usually interpreted as a fear of upheaval. But sometimes it adopts this policy out of elitist considerations: giving too much freedom to people merely promotes “vulgar oratory” and gives undue power to the inept. It seems that England does not fall in any of these categories: in Hyde Park, Speakers’ Corner exists as a venue to express oneself freely, as if one belonged to a society that respected human rights and that had earned the right to call itself democratic.

But let us be honest: Who goes there? What do they talk about? What effect do those speeches have on the speakers themselves? And finally, is Speakers’ Corner truly reflective of a democratic society?

Here are a few observations during my visit some time ago: