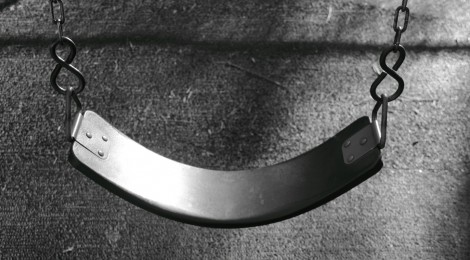 ‘Yes: that’s how we dress when we’re ruined,’ said she. – Thomas Hardy

The sudden death of her youngest daughter so devastated Lily Polowski that she was unable to attend her funeral. Despite being heavily sedated, Lily still suffered from debilitating anguish over the loss of her beloved child. A freak accident on the school playground had taken Debra Polowski’s short life. The third-grader had been struck in the head while passing too closely to a moving swing. There was no consoling Lily for months after the death. When she finally recovered some of her former self, she still was far from agreeable company. Most of the time she remained sullen and short tempered, lashing out at her husband and remaining daughter for what she felt was their insufficient level of mourning.

“Neither one of you loved Debra like I did! You’re not feeling the loss like me,” sniffled Lily.

“That’s not so. We loved Debra, and you have no right to say that we didn’t,” replied Garrett Polowski. “She was my child, too, for chrissakes!”

Young Cela remained quiet, although she wanted to speak out like her father. Her little sister was dear to her, but she had felt resentment over the greater attention her mother had shown Debra. Just a year younger, Debra always seemed to come first in her mother’s life, sometimes to the extent that Cela felt unwanted. In fact, she had wondered if she had been adopted and was quickly assured by her father that she was, indeed, their birth child.

“Then how come Mom acts like Debra is her real daughter?”

“Oh, she doesn’t think that way, honey. It’s because Debra’s younger that she pays so much attention to her. She acted that way with you before Debra was born.”

“She’s only a little younger than me,” protested Cela.

Despite her father’s attempt to convince her otherwise, Cela continued to feel that her sister received most of her mother’s attention and affection. That did not change in the absence of her sister. Her mother‘s obsession with Debra seemed to grow with each day. It was all she cared to talk about, which further deepened Cela’s sense of insignificance. Her father faired even worse. Lily’s treatment of Garrett became harsh and vitriolic. She blamed him for Debra’s death because he’d been five minutes late picking her up at school on the day she died.

“All you had to do was be on time, and she’d still be alive,” Lily had repeated several times a day.

Things took an even darker turn when Lily made a discovery. As she was poring over her departed daughter’s things, she found the dress Debra had loved more than anything in the world. Just a week before her untimely demise, her mother had purchased the dress for Debra’s forthcoming music recital. It was in that dress that she had asked her daughter be buried. Lily removed the dress from the closet and went yelling for her husband, who sat reading in the livingroom.

“This was Debra’s special dress. I asked you to have her buried in it,” shouted Lily, as her husband closed his book and placed it in his lap.

“Stop yelling. I did give the dress to the funeral parlor . . . the blue one. Not that one.”

“You idiot! You’re late picking her up and she dies and you can’t even give her a proper funeral? This was her new dress . . . the one she loved most. It’s made of taffeta and has an over-skirt of gathered pink netting. The bodice is the same light pink taffeta, but with ruffled short sleeves made from the pink netting. White pearls are sewn along the edge. There’s a deeper pink satin ribbon sash at the waist. She looked exquisite in it . . . like Cinderella. She called it her magic dress, and she’s not wearing it now. How could you do this to her? The blue one, my lord!””

“It was a mistake. It wasn’t on purpose, for God’s sake! I thought the blue one was the dress you said to have her wear. It was nice . . . pretty.”

“Not as lovely as this one. Are you blind? You’ve made her very sad.”

“Stop talking like that. You’re so cruel. My poor baby is crying in her grave because she didn’t have her beautiful dress to wear to heaven.”

In the long, dark days ahead, Lily continued to deride her husband until he could no longer stand it and stormed from the house. After two days, Cela began to realize that her father was not returning any time soon, if ever, and her sense of abandonment intensified. The only words from her tormented mother were limited to complaints about her husband, and Cela began to think about running away herself.

The very day she planned to look for her father––she was pretty sure she knew where he would be––and move in with him, Cela’s mother came to her with a horrific proposal.

“We’ll take Debra’s special dress to the cemetery and put her in it. Get ready, Cela. I’ll get the shovels in the garage.”

Lily placed the pink taffeta skirt and bodice on the couch and left the room. For several seconds Cela stared at her dead sister’s cherished outfit, and then she had an idea. She quickly removed her clothes and put on the dress. It fit snugly, but she thought it might have the effect she was desperately hoping it would.

When Lily Polowski returned, her dour expression was instantly replaced by one of unbridled joy.

“Debra, my dearest . . . dearest daughter, you’re back!” she said, euphorically.

“Yes, Mother,” said Cela, fighting back tears. “I’m back. Your favorite daughter is back.”