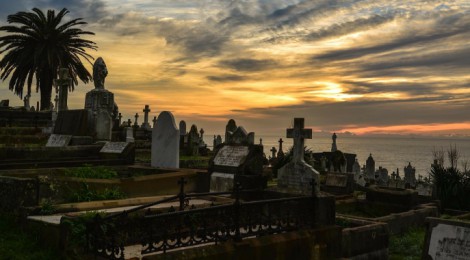 I’d never seen a man die before. Not before this. I would’ve looked away had I known what was coming, that he was jumping for real.

He kicked up a crown of dust when his body hit and his stillness was instant and final, punctuated by a sound like a car door slamming. The other onlookers who’d been there all along – the elderly couples out practicing tai chi, the women walking their dogs, neighbors watching their children play together in the apartment courtyard – had known exactly what was happening, like they’d seen this all before, but they still looked away for that brief impact and covered their eyes, let their dog leashes hit the ground, lost sight of their kids, and as soon as it was over they turned back to the point of collision and the camera phones came out and the wailing chatter started.

The sun was half-sinking behind my apartment building, and a smoky breeze wound courses through other lifetimes. Traffic roared beyond the courtyard walls. Two children, oblivious, chased each other with toy guns. More people gathered around the body, afraid to get close. From here I could see the fallen man, though just: right arm folded behind the back, joining the left; a leg bent in the wrong direction; something yellow unfurling from a wound in his side, like a hole in a grocery bag; a pink Rorschach near his fractured skull. I wanted to vomit but my stomach was full of gravel.

A few women paced circles and jabbered into their phones, an old man shook his head, and a teenaged couple with seasick faces covered their mouths. I stared up at the building, a blue modernist thing with huge cracks in the walls that nauseated the sky, and broke into a jogging retreat.

I at first hadn’t known what the crowd was looking at. By then his legs were already dangling out the window and kicking carelessly in the breeze as if he were sitting on the edge of a pier, not a window thirty floors off the ground.

The security guard nodded hello as I hurried away and I returned the greeting as well as I could. Outside the courtyard the city was a gray delirium of sound and movement, a hundred blue taxis clogging up the street, old rattletrap buses making impossible maneuvers across narrow lanes. Cyclists in quiet buzzing swarms, sidewalk vendors shouting bored, shrill sales pitches at nobody. The old gap-toothed woman at my favorite foodcart smiled at me and indicated the menu – did I want my usual?

I climbed into a cab and mumbled something in bad Mandarin and shut my eyes and all I could see was the falling man’s tie snapping in the air as he swam a river of memory into the ground. In those few protracted seconds the air had been too thin to breathe.

Toward dusk I was walking alongside Alma, my lover, down a long avenue of smoke and fading heat. A yellow-cellophane sunset made carnival mirrors of our shadows. Every once and again a subway breathed thunder beneath our feet, and Alma’s black wool coat stuttered around her knees in the wind; so too her hair moved across her face and echoed the scar on her forehead. She ate a slice of fried durian as she walked.

“Today is very lucky,” she said, giving my hand a little squeeze.

She laughed and skipped ahead of me and I followed the tumbling down of her black hair and black coat into a city park. When I caught her a giddy youthfulness still clung to her smile, her tawny skin and narrow eyes, and when I leaned in to kiss her she pretended, for a moment, to shrink away before returning the gesture with a little coyote giggle.

I bought her an ice cream and we found a park bench and took turns resting our heads on the other’s shoulder. I hadn’t told her about the suicide, but I caught her squinting my way when my head was turned, maybe seeing something on my face she didn’t recognize. Not far from us, a little Orthodox church decomposed quietly in a grove of trees, and elsewhere were screams of children on roller coasters and bumper cars. The sidewalk was recycled from colonial gravestones, and here and there a few scratches of Hebrew or Cyrillic script remained. The tile at our bench hadn’t been polished very well, and I could still make out the bootscuffed memorial: Колосов, Максим Иванович.

She glanced at the script but gave up a second later.

“No one studies Russian anymore,” she said. “My father can speak it a little.” She bit her lip and looked at something far off in the distance. “We study English now.”

“They scratched the date off. What do you think killed him?”

“Don’t talk about it,” she said, waving my words away. “It’s too depressing.”

I laughed and wanted to make a joke but couldn’t think of one.

Alma tapped her foot on the stone.

“Too sad,” she said, but her face didn’t match the words. We left anyhow. The durian in her purse filled the cab with a scent of decay, and no one noticed but me. It didn’t matter. I was asleep on her shoulder in minutes. When we came back to my apartment complex the sun was gone, the world quiet, mostly. In a far alley I heard a group of old women picking empty beer bottles from the trash, making their nightly round. The clanging glass sounded the evening knell.

Alma smiled gently and squeezed my hand as we crossed the courtyard. Even outside I could smell the durian in her purse.

The cobbled walk where the man had hit was empty now. The tiles seemed not to remember. The lightning-shaped crack in the pavement had always been there. The discoloration – had that always been there too? I searched for some splinter in the concrete, a chip, a single moment’s inscription to remember that the man had lived, but I couldn’t tell the difference.

“What are you looking for?”

We stepped over the cracked tile and wreathed his deathstone in footsteps.

Upstairs I opened a bottle of wine and let the blue autumn night through the bedroom windows. For a long time Alma and I kissed and lay naked and tangled in the sheets and I drank red wine from her lips and held her. After a while she started crying.

“Lucky. You keep saying that.”

I thought, maybe, maybe, and really meant it, but I hardly knew what luck was anymore.

“You will love me forever,” she said, and though it was probably meant to be a question it didn’t sound like one.

Later, after she fell asleep, I stood at my kitchen window, swishing wine around in my glass, looking down at the sidewalk. The dead man’s apartment probably had the same floorplan as mine, the same kitchen, the same window. He would’ve climbed onto the sill, opened the pane, hesitated. Would he have looked down? How long had he waited before letting gravity deliver his destiny? Maybe there was some liberty in tying up all the threads of experience and memory and possibility into a single perfect knot.

I opened the window as wide as it would go. The bottles still clanged emptily through the city, and somewhere an old office building was being noisily gutted. Alma coughed in her sleep and rolled over as if answering the city noise.

I finished the wine and slid back into bed and breathed the scent of her hair. Sooner or later she would be my wife.

Through the open window the city clanged and moved through the mystic blue night. I listened awhile before finally drifting off myself. The noise perforated my dreams, and it was the only part of my dreams that I would remember on waking.