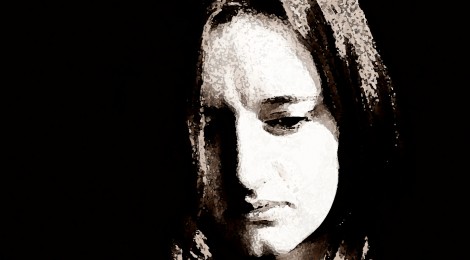 It was one of those times in my life, when I actually had the time to pause and take an account of what my life has been and where it has reached. I detested those moments as they eventually left me crying; so I always got preoccupied with something else, instead of encouraging these thoughts.

Today, was however different. I had nothing to do. Diya Vishwas, a leading magazine editor, had nothing on her hands. It couldn’t be. I had to have something to do. Maybe check my mail, or read something I’ve been meaning to read. There were always these things to keep moments like these from gaining momentum in my head.

I decided to turn on the television as my last resort and I skimmed through a few channels. They all seemed surprisingly similar, nothing made me want to watch more than a few seconds. For a brief moment, I pondered over the kind of entertainment on television – Yes, dismal it was, I concluded and turned it off.

I now ventured into the kitchen, made a cup of coffee and sat down by the window, looking at all the different happenings on the road below. The road seemed perpetually busy, people walking, cars that always seemed in a hurry to get somewhere. It was a whole other world out there. I looked back into the quiet of my apartment; it was neat, well furnished and comfort of the highest order. I saw my bookshelf and felt a little surge of pride. It had all the best books stacked on it. The presence of books always meant being at home for me.

On the top left corner of the bookshelf was my wedding photograph. I wondered why it still stood there. We looked so cheerful and happy. My husband was a good man, who said he earned enough to provide for both of us, and didn’t quite see my need to work. To me, my work was important, it meant well-being and a sort of liberation that I had earned for myself and giving that up was just not feasible, no matter what comforts I got in return. Back then I refused to share myself – no, not even for a happy family.

The decision I made five years ago was very selfish, and I just hope it doesn’t get the better of me. To start with, an incurable romantic involvement with a boy in college and then unfathomable ideas of running away. Soon enough, I realised that these ideas worked best only in my imagination and he certainly wasn’t half as serious as I was. Eventually, just like everything we are ever so passionate about, it found an end. I still remember how badly it hurt. I then did what I did best: I wrote. I wrote small articles in some newspapers and slowly, some of my work featured in magazines and from columnist, I rose to editor. I liked the way I progressed, until I reached a point where I was so complacent with my independent lifestyle that I was sure I didn’t want to make room for anyone else.

Doesn’t take much of  effort for the word to go around our Indian society, ‘Such an eligible girl’ and ‘this boy will make a perfect match for her’. It wasn’t long before my mother insisted I get married to Rajveer, the good humoured “ideal” husband as if it really mattered what I felt or wanted. We got married. And in some time, everything seemingly perfect about the marriage started crumbling down to the dust of reality – both of us wanted different things and neither of us would consider the other person’s perspective. However, there was one thing that we both agreed on, that it was best to go our own ways. After the divorce, I went back to my old life, just the way it had always been. Most of the time, I feel like I don’t need anybody and sometimes it gets lonely.

It was dark outside. I would have to turn on the lights but I wanted to sit in the darkness, and watch the lights outside shine bright. I thought of my mother. My favourite memory of her was seeing her look into the mirror before she left the house. She always wore a cotton sari that seemed to be in a stiff crumple. She had tiny wrinkles at the corners of her eyes, boasting of an innate wisdom and in her later years, her silvery gray strands of hair scattered unevenly on her head only exerted this. My mother was beautiful, and I had always admired her poise.

My life had taken its toll most on my mother. She sympathised with my temperament. She would tell me that my selfishness had destroyed all compassion within me. My ego and my unaccommodating behaviour only made us argue  until I had developed some kind of bitterness towards her. She always had an opinion when it came to me; she had never stopped even once, to ask me what I wanted. And now, when I need her the most, she isn’t there. My mother had passed away a year ago, leaving me orphaned. I cried, and regretted everything I had said and done.

Then, I remembered that sometime when she was alive, she had given me a box. A black box which had red flowers painted on it. When she gave it to me, she said I would need it someday. I never looked inside it, and just left it in a corner. Many days later, I decided to look at it now. I turned on the lights and my sore eyes adjusted to the lights with reluctance. I picked it up, sat on the couch and opened it. There was a folded note, and my silver anklets – the very same anklets that I had loved as a child. I still remember them, and that their tinkle would accompany me everywhere. I held them in my hands. They were now so old and tarnished. I shook them and they still tinkled. In that moment, I could almost hear my laughter and footsteps in an echo. I smiled. Even though they were old, they had an innocence about them, something charming and indifferent to even time. I opened the note and it read:

I’m sorry for seeming like a villain to you, but I just wanted to see you smile. You have everything that anyone could ask for except for someone to make you laugh a little bit and I only tried to fill that space for you. When you read this and see the anklets, I hope you will remember what a lovely child you were, and how much I love you.

I cried some more, but they were both tears of joy and sorrow together. I wiped my tears away and wore the anklets one after the other and ran around my apartment, enjoying the familiar sound and I laughed – laughed at myself for being such a self-absorbed fool. In that moment, I wanted to do things differently, the way they should have been, for something told me that there was always a happier life waiting to be discovered.