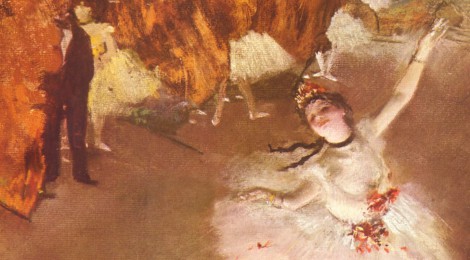 Welcome to the opening night of Operap, the musical experiment. I am Coby Sunders, the producer of the show. I am also one of the actors. Before we begin, I am sorry to inform you that tonight’s performance has been cancelled.

Riley O’Brian, the music composer and the director of the show has passed away this afternoon. His passing is so sudden that we did not have time to inform the theatre and ultimately you, the audience that the opening night has to be rescheduled.

However, in order to commemorate our dear friend Riley, the cast will still perform if you can kindly wait at the front door, our actors will guide you to the chosen venue for tonight’s performance.

For those who do not wish to come with us, you can go to the box-office and return your tickets. Alternatively, you can leave us your contact details, we will inform you the new date of the opening night once it is set.

Once again we are sorry.

In the dark, I could see his hand shaking. He tried to stop it by rubbing them against each other. Maybe he was cold, maybe he was nervous. I couldn’t tell.

He dug his right hand in his jacket pocket, pulled out a crumbled cigarette package, took out the final fag and threw the fraying box into the sea beside us.

“I thought you’d quitted smoking.” I said as the paper sailed away, ready for its own adventure.

He put the cigarette between his lips and gave me a guilty smile, “This is the last one.” He leaned his head towards me as I took out a lighter, the sea breeze made it difficult to start a fire. When the smoke was lit, he took a deep breath, peppering goodbye kisses on the filter.

His face was grim, so grim that my heart sank. I put my hand on his shoulder encouragingly.

He rubbed his left eyebrow with the nail of his thumb. “Maybe our dream is too big, Coby.” I looked at him, his chest heaved as he gasped for more. A string of fume came out from the end of the fag. He closed his eyes, trying to freeze the moment.

“You shouldn’t smoke anymore.” I took his cigarette and flicked it into the ocean; it went down fast. The white ashes fell like confetti sprinkled into the darkness.

He gave me a warning stare, as if I had taken away his last joy in the world. I shrugged, didn’t give a damn about what I did. He smiled, threw his arm around my neck and dragged me back to the car.

I looked behind, our footprints on the sand were barely visible, brushed off by the layers of breakers.

That was the last thing he told me before we said goodnight.

Mike stands across the theatre and starts to rap as the audience exits the main entrance. I hope that he can stall the people with his powerful performance that there won’t be too many requests for refund.

Mike is good, so good that he could keep everything afloat under any circumstance. Last winter we almost got kicked out of our rehearsal studio because we were short of money. Mike angrily rapped his way to the Superintendent’s office when the room went pitch-black; they cut our electricity. Loud and confident, he told the Super that we wouldn’t leave the building and we could pay our rent in two days in a song.

Mike wrote Riley a cheque two days later, an interest-free loan from our own employee. He singsonged as he signed his name on the rectangular paper, “Riley boy, don’t you worry. Our show is gonna be big!”

Riley’s face was difficult to read when he took the cheque– relieved, surprised, joyous, ashamed.

We had a rough beginning.

I stand beside the box office. Thank God there aren’t many people returning tickets. Perhaps they are all mesmerised by our little piaf – Vicki, who joins Mike just now.

The harmony of rapping and the flawless aria works so well that even passers-by on the streets stop to listen. The audiences who are about to return the tickets leaves their contact details at the box office and tell me to inform them about the new opening date before they all hurry to the main entrance.

The ensemble hidden in the spectators chimes in as the song enters chorus. I join them, singing my heart out.

Riley, we’ve made it.

Every fresh graduate from performing arts school has a wish — the end of the training is the beginning of the search of the perfect role, the one big shot that puts us in the hall of fame.

After a couple of auditions, we started to question if the perfect role existed. Still we held onto the myth, having faith was important. We worked extra, taking up petty jobs to pay the rent and the bread as we continued the quest.

I was delivering pizzas in my Vespa when I saw Riley kneeling on a pavement gathering notepapers. I recognized his glasses and his jet-black hair; he was the quiet dude in my junior acting class. It had been a year after graduation and I rarely saw anyone from my school in the city. I had seen a few old classmates in corridors outside audition rooms but the competitive atmosphere was so intense that all lips were glued. A half-hearted nod was already a friendly gesture; hostile stare and flare was the common tongue.

I parked the scooter on the side of the road and gave him a hand. He didn’t look up nor say a word when I handed him the sheets I collected, not until he counted the manuscript twice making sure all the pages were in correct order, then he carefully put them back into his backpack and muttered, “Thanks.”

It was the beginning of our friendship.

I told Riley about the myth of the perfect role on a cool night, like tonight. We were sitting on the couch in his flat, fingers wrapped tightly around a sweating beer bottle. It was the celebration of my 80th failure: I got a phone call that afternoon saying that I didn’t get the minor part I auditioned a week ago in an off city production of an experimental graduation piece. Lovely, even snobbish graduates didn’t want me because “Well Cob, I don’t feel that you are born to take this role.”

Before I could muster up all my energy to say anything decent, there was another incoming call: Riley. I didn’t bother to tell the snob kid goodbye, I just clicked and switched to my friend’s line. I tried to sound casual that I was rejected again, though the pain of not being wanted for even a small part was immense, it was like somebody stoned your heart until it was a mush of meat and blood.

Riley asked me to go to his place, “To celebrate! It is boring to cheer when you get the part. We should drink on it even you don’t get the part.” We drank to the cause that night until both of us passed out on the stinking sofa.

The next day, when I woke up, Riley was gone, a cassette was left on my chest with a label — “YoUr sOnG.”

I have a minor role in the show with a 15 minute solo. I have to sing and dance at the same time, showing off my full potential with my body and my voice. Only he knew what I am capable of because he had seen the best and the worst of me.

I spin my body round and round, demonstrating some break dance moves and ending the set with a ballet sequence.

The music stops, the silence comes.

One, two, three…I count in my head.

A spectator starts to clap, more people join until the applaud becomes a thunder after a long dry summer day, the warning of rain for the quench. It showers me with appreciation and recognition. I have found my perfect role.

This is the first song he wrote for the project –“YoUr sOnG.”

I rolled in my bed, cursing whoever rang me in the middle of the night.

“Why didn’t you text me back? I thought you were dead!” He screamed at the phone, his voice shaking.

“I wish I were so that I wouldn’t have to answer your call at three.” I garbled.

“Lemme play you something.”

He ignored my protest and started explaining his experiment, playing all the musical instruments in his flat. At first it sounded like a lot of noise, like the chattering you hear in a shopping mall, unorganized and annoying. Once I came to my senses, I was in awe. The music he made has no boundaries, it was a hybrid of classical and modern, sounds were put together regardless of how they were fabricated. He told me that there was a filter in his head that allowed him to put different vibrations into categories and produce harmonious notes out of everything. Operap was the cocktail recipe book he had been writing since birth.

The rough draft I heard that night is transformed into the moving and beautiful music I am listening to now.

I walk with the audience for two and a half hours. The group gets more and more populated on the way. Like the rest of the ensemble, I hide in the parade singing and humming in the background. If there is no dance in the scene, the lead singers will move with us. If an actor has to bust a move, we will stop at a spacious point for one to show off before we continue the tour.

The route was carefully planned revisiting the places where Riley frequented; the rehearsal studio, the pavement where he dropped the papers, the performing arts school we went together, the phone booth he used to call home when his landline was cut…We stop right across the building he lived as the show reaches the finale.

I can see lights coming from the little window of his studio. He must be there listening or playing along with whatever instrument in his hand.

I was on my way to the theatre for the final rehearsal when I got the call from his father, “He went quickly so he didn’t suffer much.”

I hung up without saying a word.

A big harmony score signifies the end of the performance. My ears ring because of the clamourous applause from the audience, from the cast and from Riley, though the last one is imaginary. “Riley…” I turn around, staring at the glowing light flickering on the blurred glass.

“Cob, don’t look back. Move forward.” He says to me, ever so lightly, like the final kisses on the filter.

I take a deep breath and make the announcement.

Thank you for joining us tonight. We all look forward to seeing you in the theatre once we have the new opening date of our show. Please tell your friends and family about our production and please remember Riley O’Brian, the music genius we so love. Without him, this world is a dull and boring place with lifeless music.

We thank you Riley for making this world a better place, filled with pleasant noise, vivacity and more importantly, passion and love.

Good night and thank you once again.