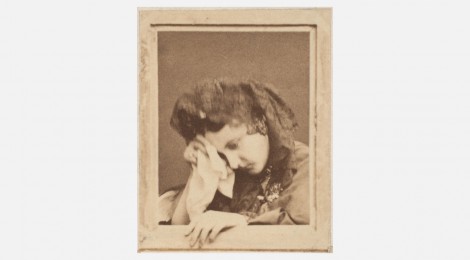 The Myth and the Miserable

I was in love with a mythical creature for the longest time. I didn’t meet her by the sea; she wasn’t washed ashore by a huge wave, waiting to be rescued, leaving only the impression of her perfect curvature in the sand in the wake. Instead, I met her in another element, vast and threatening: literature.

It was a rainy day; the best of its kind, with deafening thunder and lightning leaving you feeling breathless and wonderfully mortal; brimming over and unusually empty. She was in a book shop, skimming through the more neglected section of books, their names obfuscated by years of accumulating dust, unaffected by the chaos that swelling skies could cause. She was dressed in a simple white shirt, trousers and a striking scarf and I wore only my years of awkwardness. I smiled at her, and knew that to expect reciprocation was suicide. Outside, thunder sang a romantic song from the 80s. My inner Dreamy instantly believed that things would unravel to perfection from that moment on, the skies couldn’t lie. I was right. I found a pathway of words, letters, smiles and laughs that led to her world. On reaching I found the much sought-after entry into her world through a small dent that years of reading had left, and burrowed furiously through till she kept me inches away from her literary loves. And that was first prize for me; I had Naina.

For the first few months, we were crazies living life in a tizzy. The sojourn lasted a while, long enough to accord me with illusions for a lifetime and a million afterlives. We knew what we were doing when we got married; when we bought a decent house in a decent colony with the money that our almost-decent jobs gifted us. And we lived. After a year, we had our 100th fight and marked it on the calendar, and laughed after genuine tears were shed.

There were no visible signs on the wall when Change leaked in along with the rain-water, so the first signs were imperceptible, insidious. We are married; I would tell myself occasionally, as an afterthought I would add: I should be grateful. She is beautiful in obvious ways; I should be grateful. She isn’t anything I don’t want her to be; I should be grateful. With that last nod from the heavens, I realised what I had done. I had ruined her, made her incapable of pain, incapable of everything but perfection. She was glass in my hands; fragile, beautiful and broken. I had sinned unforgivably and to atone for it, I looked for newer sins in darker places; beautiful sins in beautiful proportions, and found them.

I parked the car in the same haphazard fashion I had grown so comfortable with that Naina hated. She answered the doorbell with a smile- one of myriad dimensions I knew were her secrets forever. I pecked her lightly on the cheek without a second thought; once I started with the façade, I couldn’t get it off. I played my character to perfection. We got talking about bills, and the milkman, the neighbours, till our words ran dry after which I opted for lighter exchanges as an antidote, and she joined in. Banter wasn’t her fashion, perfection was. Throughout the conversation, her eyes hovered over my head, her expression cryptic. Her lips parted slightly leaving me wondering if that was communication of desire or disdain or both. I would never know. After we had exhausted every item on the catalogue, we retired to our room, the one we shared and regretted. With an audible sigh I undressed and plonked noticeably into bed and fell right in to the abyss that is sleep.

We continued the farce for as long as I can remember since the realisation.

Waking up next to her was an ordeal; the illusions would return every single time and knock the breath out of my lungs. So early one evening, I quickly dressed and left, while she was still asleep, to find solace in a world replete with perfume, power, secrets, and found Maya.

The crescendo of humour in my life had reached unbearable heights, but Maya walked in and the music stopped for her. So did I. Our meetings were initially brief, but as every story of betrayal goes I kept at it long enough to lose myself in the belief that I had no way out. The price of these outings had seeped so deep in to my system that I began not to notice them. Naina slipped quietly into a separate universe of milkmen, newspapers and took her words with her, leaving behind no silt. In the nights, when I had just enough time to play Blame-Game with myself, I would blame Naina for being married to me, Maya for good jokes badly narrated and myself for being so easily drawn into the vortexes, for having found perfection first and then reality. I had slipped down vales of unrelenting questions and badly written answers, but I didn’t want to leave. Not once.

I parked the car, perfectly this time. Naina answered; no smile contorting her perfect visage into a smile this time. Her eyes were a puffy assurance that I had lost the prize I had neglected. A glance was all it took and I knew. A pang shot through me from a distant place in my body I had forgotten existed. I knew I had been discovered but I made no show of it, I was too unprepared, too angry. I didn’t kiss her on the cheek this time; instead, making no show of my new found state of anger, I reached for my coat and walked out of my decent house that now assumed shapes of betrayal and loomed over my being, threatening to fall if I uttered so much as a word. Without breathing a word, I shut the door behind me and left. I had an innate sense of truth I couldn’t deny, I knew then that I couldn’t ever return, not even to claim the standing remnants of a greater loss so deeply felt, manifesting itself in a deep groan.

She had been standing there looking over my head the whole time; it had a lot less hair since the last time I played my Husband role. Lies really do take a toll. She watched me intently and looked away. I wanted to say so much then, to blame her for being so perfect, so hard-to-please. It was her fault, it really was. I had looked for glitches and cracks to plaster, to fix, for insecurities to cure, but she had none. She could never love me, so I had to leave her. I couldn’t carve my niche in her world filled with literature and repartee. I was a stranger in her universe, I wanted to say. But I didn’t.

Myths are a ruined people. Creature ruined by creator. I had created and I had ruined, and now I was leaving. I realised that Maya hadn’t caused the music to stop for her, as she walked in. It had, instead, assumed a deafening pitch that I chose not to hear. She could cloak my illusions, not destroy them. The world, I thought bitterly, you can’t dream of beating the humour out of its bones. And then the tears began to flow, my illusions still intact.

Naina watched as he drove away; sighed, waiting. Nothing came. It was over, she knew. She wanted so much to apologize, but refrained because her actions had rendered words useless. Raghav was a mistake, her husband was not. And yet she had lost both to her world of literary perfection and heroes who, more often than not, returned. He would not. Her husband knew all about those days spent with Raghav: his expressions had said it all and she had spent all these days avoiding his gaze too afraid that syntax, her own voice and truth would form an alliance that would betray her, but now he knew everything. Raghav was nothing, she wanted to say and yet she stood there, too afraid to add another smidgen of untruth to the Lie that her life had dissolved into.

She slowly made her way into their bedroom, all the cracks and peeling walls scrutinizing her every move, and crept into bed, pulled the covers to her face and stared absent-mindedly at an ugly green patch on the ceiling where the rainwater had leaked. Her mind darted back and forth and finally embarked on a train of thought grazing Raghav, her husband, regrets, illusions and the like and slowly drifted into a deep sleep.

A great testament of mistakes shared her dreams, unknowingly; growing within her, its tiny heart beating rapidly, matching the pace at which its mother’s life had changed.

Sorrow crept to the darkest corner of the room and wept for greater losses yet to be realised.