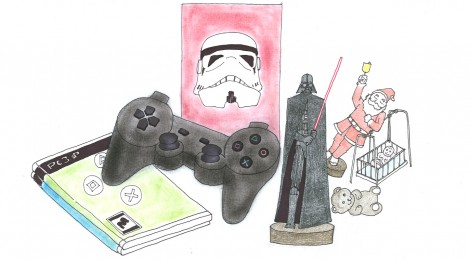 Another loveless year is past. I am growing old now. Twenty six, at some impressionable age long ago seemed way too old for anymore fun to be left in life. At yet another mush brained age I had decided that around thirty was a good time to die. Don’t get me wrong, I live quite a happy life. I’ve been independent and I’m sure it’s the only way to live. So, when my folks got me looking at pictures of potential grooms, I almost cried. Then instead, I vomited. Afterwards, I helped to clean up wishing I’d just thrown up on them to convey my feelings and avoid the decidedly feminine job of mopping up all at once.

Whether unparalleled parental wisdom or marvelous coincidence, I happened to be leaving for Bangalore, where I worked, the very next day and so the folks bought a ‘surprise’ birthday cake for my birthday which wasn’t until another month. I thanked them for reminding how old I was and for giving me something to think about until Christmas, five months from now, when I’d come back home.

Thing is, I’d happily given up on love a long time ago. Sure it hurts once in a while but banishing “what-ifs” from your mind is an easily cultivatable habit and quite emotionally profitable considering that the alternative is letting the disagreeability of somebody else putting you off over and over. I mean, ‘love’ really is never like people say it is. It’s blissful only while your hormones cloud your vision but after that, it’s a never ending test of patience or as the case may be, of one’s daftness or conversely, imagination to delude themselves about how magical their situation really is. That’s about all so-called divine love is – that period of bewitchment when, if the circumstances arose, you’d happily decide against your better judgment in order to accommodate that one person better. It’s never the things they show us in the movies, its not that happily molded dream capitalists love to sell. When you’re raised up on TV, all of those love stories come across as challenges. Can you create a better one for yourself they seem to be asking you. After all, we’ve just shown you how good life can be and if you have to disregard it as improbable to go on living happily, you’re one step closer to better-off-dead. The truth that you are left to discover by yourself is that there’s never someone who is meant to be and you won’t meet somebody with whom you share some cosmic synergy that helps you finish each other’s thoughts and partner up to be more effective at life than any other random pairing of one plus one. In the end, everybody has their own truth to find and their own path to walk down. Freedom, and above it, independence – only that can help you see who you really are. It had been three years since college ended and an age of loveless-ness but I was fiercely joyful about it. Someone to laugh with while watching TV together might be nice though, but whatever.

Christmas came and with it a bombardment of photos, job descriptions and more subtly, property value estimations. What a bloody drag! It felt kind of like opening my browser to YouTube. You look at all those thumbnails and then if you think you may enjoy one, you press play to see if it’s worth your bandwidth. Predictably, the success rate of finding an interesting prospect was dismal. But then, one face, maybe about 73 photos in, struck me like.. like, I don’t know. He had those puppy dog eyes that I know a lot of girls would go ga-ga over, but it’s the lips I noticed. They were small, roundish, rather perfectly shaped and pointing earthwards at the corners – here was another soul as uninterested as I was in all this annoying bother that came with this highly regarded ‘culture’ we were born into.

So, I met Boyd, not completely decided as to whether I was meeting him because I was old or bored. He worked in Bangalore too. That was funny. We lived in the same neighborhood. That was funnier. I didn’t realize how serious the consequences of approving the whole thing were. We met a couple of times in Bangalore, when we weren’t busy. It didn’t dawn on me that I’d be legally required to open up my legs for him in due time and when it did, it was jarring. Things are different back home. You’re finally able to sleep off five months of work and laze around in a mild stupor. Decisions made there don’t seem to matter until you are confronted by the consequences. What was I thinking? Was I somehow subconsciously giving love a chance now or was my fear of thirty so strong that it overwhelmed any hope I had of controlling my fate?

So, we were wedded before we even knew what each other wanted out of life. Why didn’t we ask each other that? We did spend sufficient time talking!

He turned out to be a rather nice guy. I mean, adjectives like stable, trustworthy, etc ring hollow in a situation like this.. what choice do either of us have after coming so far? Thankfully for him, I wasn’t like most of the other girls I’ve known, craving romance and dying for pointless whimsical gestures to cajole their little minds into thinking they were in some kind of spectacular love. Boyd was rather old school with all that, a sort of man’s man, if there were those to be found in India’s silicon valley. But it wasn’t even that that helped me appreciate him, man’s man wasn’t my type, nothing was, Boyd was simply sad all the time. Not that he was depressing to be around, or held on to despair as if it were some kind of weapon, he was mostly very bright…it just seemed like there was a sadness in him, like it came from some momentous occurrences in his past. It reminded me of myself, despite the fact that I hadn’t been through any momentous occurrences. What we shared, I realized, was this belief that happiness needed to be sought out, worked upon and held on to consciously.

All of that being as it was, I must say, coming back to a home you share with someone you also have sex with is a good way to live and I was enjoying it; enjoying being a woman and having someone to laugh at the same jokes on TV with me. In some ways, he was even inspirational – calm and wise. (or maybe just one of those, the other quality simply being derived from the one he really owned)

“What do you mean?’, I asked him, rather perturbed.

“I dunno. Personally, I don’t, but like, whatever you know?”

“Its not that I mind it and if I were to have any by accident or design, I couldn’t imagine anyone other than you to have any with. Not cos we are married, or anything.. you beat whatever idea of a perfect soul-mate I can form in my mind. But, things aren’t easy for kids coming into this world. The Earth’s just fucking overcrowded.”

It took me a few moments to register what he was saying, or trying to say. I realized that somewhere in-between he was also trying to be sweet about it, but that didn’t change what he said. I felt a tiny bit betrayed, but I held on to my calm. “I’m not saying I want to; but I’ve known my mind to change over time. That’s all”, I finally responded.

“Well, let me know if it does by putting on red lingerie, okay?”

“Sure”, I smiled wryly at him.

I wasn’t ever crazy about raising children. I felt like I should be, as a woman, but I didn’t think about it much. And now, Boyd had just left it up to me. Whatever I wanted, apparently!

“Oh, and by the way”, I reminded him, “My cousin Davis is dropping by tomorrow. He’s brought some of Grandma’s mangoes from home.”

“I thought your Grandma died!”

“She did. There’s this mango tree she planted when she was really old and last year, it started bearing fruit – no situational puns intended”

“You ain’t getting into my pants by quoting philosophy, honey.”

“Uh, no! Seemed like it would sound right, is all”, he laughed.

“Let me make you a sammich, though”, I joked.

“One week of your choice of music in the car if you do”, he offered.

As I browsed the fridge for things to put in a sandwich, I thought about the kids vs. no kids ways of life. It’s always the same story with couples. A kid comes along and next thing they know, they are old enough to retire and sending their youngest child off to college – and that’s even if they can’t stand each other or maybe it’s the very reason why they can’t. Either way, was that any way to love? Why have children just because you are married? Is it some kind of Darwinian trap we’ve devised for our own species? Is there honor in propagating your lineage or is that ideology simply evolution’s greatest deception? I mean why fall for a weirdly animalistic instinct when we were supposedly created in God’s image ? Whether you believe in God or not, it’s definitely something to aim for. I wondered if Boyd had thought about all this. Nah! He just thinks its overcrowded! Then again, that’s as good a reason as any, I suppose. After all, society grows great when old people plant trees and in this overcrowded world just not adding to the problem is as good a tree as any! I’m actually quite sure, Boyd’s thought about all this- he’s smarter than me after all!

When the snacks were ready, I joined him in front of the TV. We gobbled the ‘sammiches’ up hungrily. “Hey you know what? I think zero kids is the way to go!”

“That’s awesome!”, he exclaimed excitedly, “We’re getting an X-box and a Ferrari tomorrow!!”.